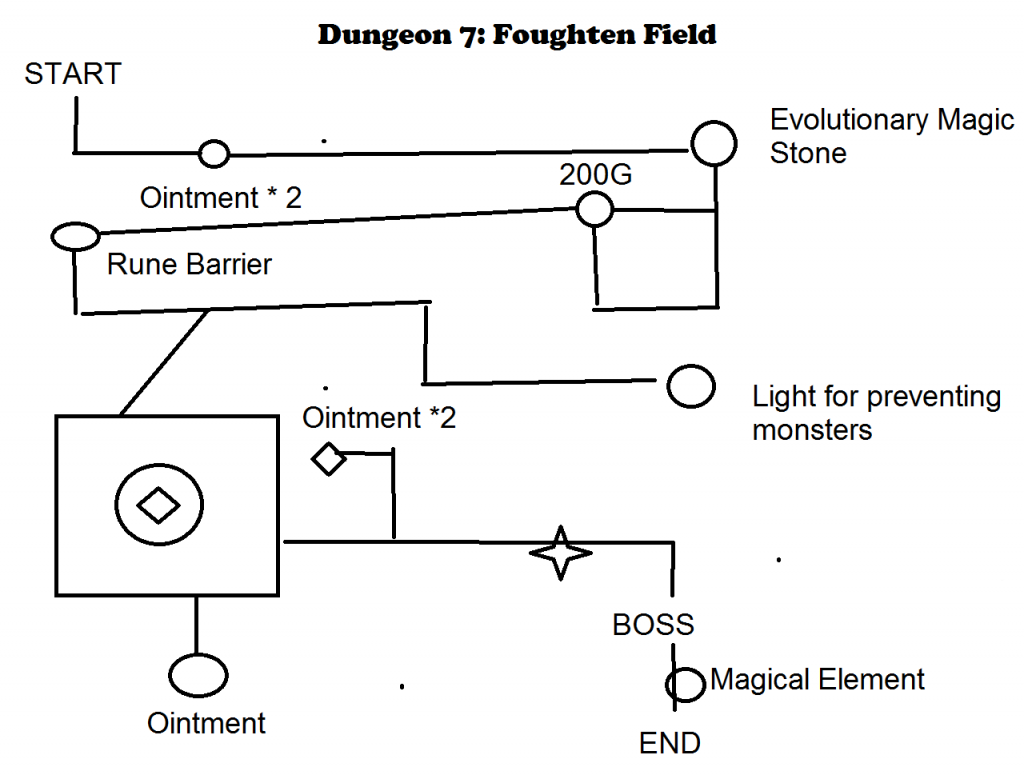 Avoid the pink mushrooms as much as possible! They will damage you each time you step on one.

There's one treasure on a small island in the middle of the bog that you can't just walk directly to. To get it, you have to go around to another treasure (Ointment x2) that's next to a set of stairs.

When you're done here, your next destination is the Village of Fire People.