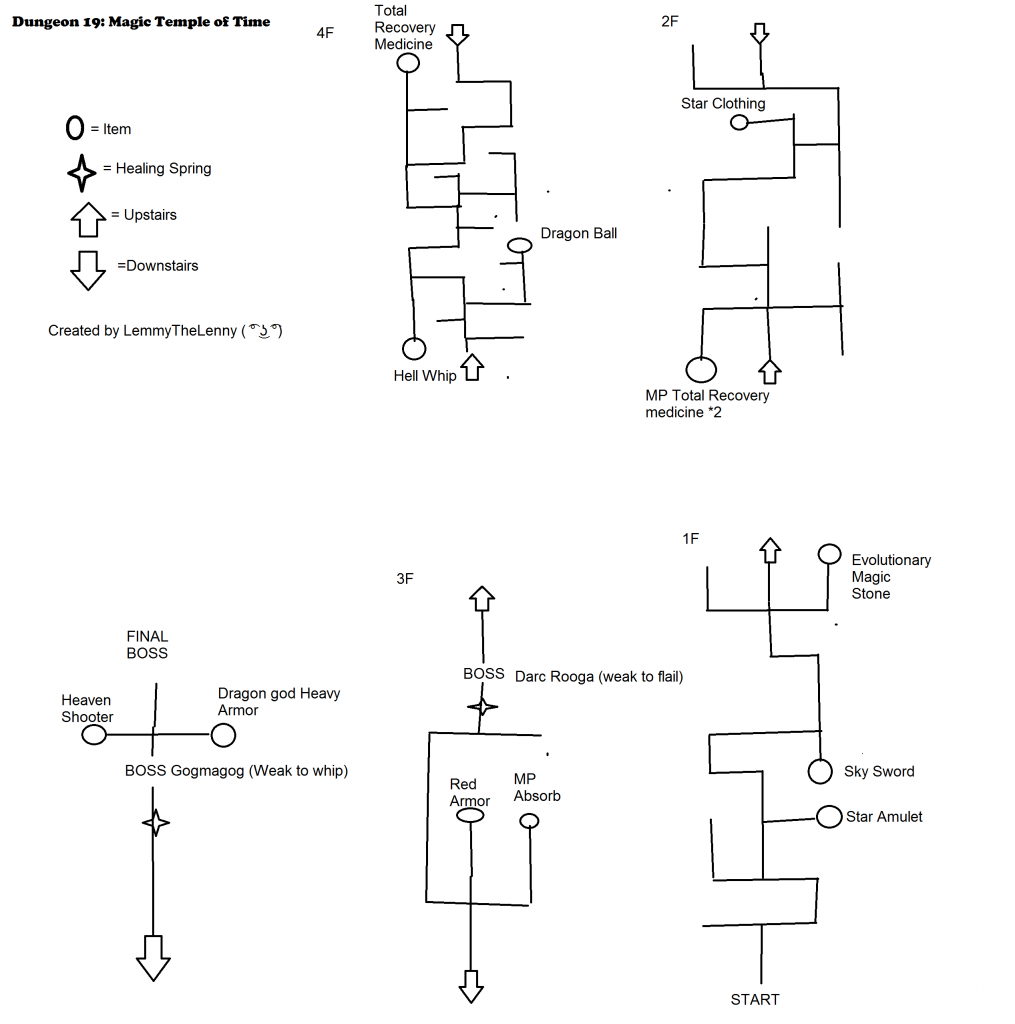 This is the final dungeon, so make sure you're well prepared.

The background here is the same color as the path, so you'll have to pay attention to the mini map as you progress through the dungeon.

The third floor boss uses Paralysis, so be sure to guard against that.

After you beat the fifth floor boss, grab the two treasures then go north to fight the Man in Black.

After you defeat the Man in Black, watch the scene, and get ready for the real final battle.