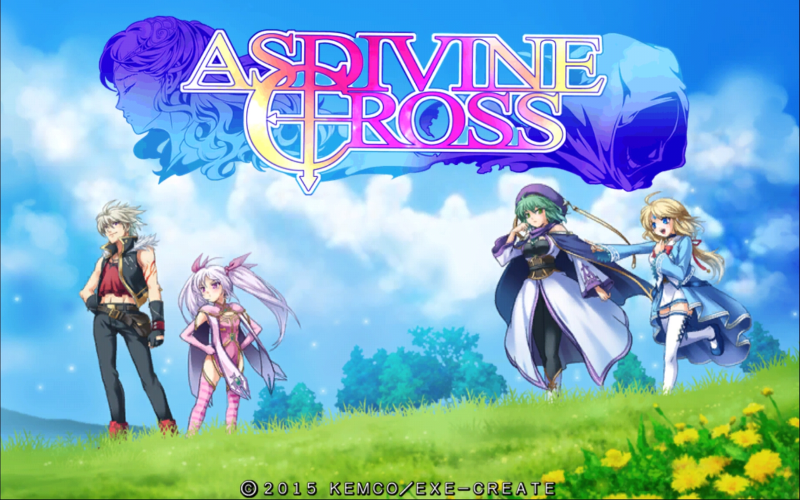 I wrote this walkthrough using the Premium version of the game which comes with 1,000 free ACP. I used 500 points at the start to buy the Experience Orb, 200 points to buy 4 Warehouse Keys, then saved the remaining 300 points to unlock the Timewarp Tower at the end of the game.

If you're playing the free version, and want to unlock the Timewarp Tower, I recommend saving all of the ACP you earn from battle!

Also, on the free version, your levels at various Boss battles may be different from mine, unless you set the Encounter Rate to Double (I used Normal Encounter Rate for most of the game, but occasionally switched it to half when I got tired of too many random battles.)

You can earn free ACP in the game for every 3 battles won, and you can also Tweet your progress once a day for 10 free ACP (whether you have a Twitter account or not, but if you do have Twitter then please do the right thing and publish the Tweet. It costs you nothing and it helps Kemco to reach a wider audience.)

Overall, the game play is very similar to Asdivine Dios and Asdivine Menace; however, there is one big change in Cross - Lucile's ability to learn enemy skills and magic. The in-game Enemy Guide lists all the skills each enemy can use, but it can be a pain to search through the list to find the skill you're looking for. To aid with that, we've done two things:

1. The Enemy Skill and Enemy Magic lists contain all skills you can learn from all enemies. The skills in these lists are in the same order as in Lucile's "skill" pages in the in-game menu.

2. I've added "Learnable Skills" sections in the location walkthrough. Every location in the walkthrough has a section that lists all the learnable skills for that area. For dungeons, it's just a subpage that lists all the enemies and all their skills. In towns and castles, the enemies listed are the ones that appear on the World Map around that town. (There are also a few skills you can learn from NPCs, and those are listed in the walkthrough as well.)

Asdivine Cross has two endings: Normal End, and True End. After the Normal End, you'll be prompted to save your game and return to the Title Screen. From there, if you load your save data and choose the option that lets you start a New Game+, you'll be able to play all the way through to the Normal End (with a few small "extra" scenes) and then unlock the True End. Over the course of the New Game+, you'll also be able to unlock all of the bonus content including the Timewarp Tower.

(Note: you will have to "buy" the Timewarp Tower in the IAP Shop. If you're playing the Premium version, I recommend you save some ACP to buy this. For the free version, you should save all the ACP you earn through random encounters, and then grind for more ACP in the secret arena until you have enough to buy it.)

This walkthrough comes in two parts: Part One covers everything up to the Normal End, including the few things that are different in the New Game+, and Part Two covers everything you need to know to get to the True End.