If you've collected the Warehouse Treasures and equipped your party with the Strongest Equipment, you can easily Auto every random encounter in here.

(Or you can use skills and magic, but again, they're not going to be that impressive yet.)

On the fourth screen, you'll come to a place where there's a treasure chest surrounded by spikes on the ground.

Stepping on these spikes will hurt your party!

If you want to avoid taking damage from spikes, you need to use Wing Goods to essentially cast "Float" on each character. (Later, you will learn the "Wings" spell, which casts Float on all party members.)

On the fifth screen, use the Recovery point, and then walk north for a Boss battle.

Since I had the Warehouse Treasure weapons equipped for this battle, I literally sliced through Mighty Golem like he was butter.

But even if you don't have those weapons, just use Hit, Twin Edge, and Reduce Edge, as many times as you can, then follow with either magic or regular attacks.

Also remember to Heal anyone who needs it.

This battle will take a little while, but if you're on Normal difficulty you shouldn't have any real problems.

After the battle, there's still two more screens before you're done with this dungeon.

On the next screen there's a door that you can't open; it will become important later but for now just ignore it.

On the screen after this one, get the treasure and then exit Akkarl Pass. 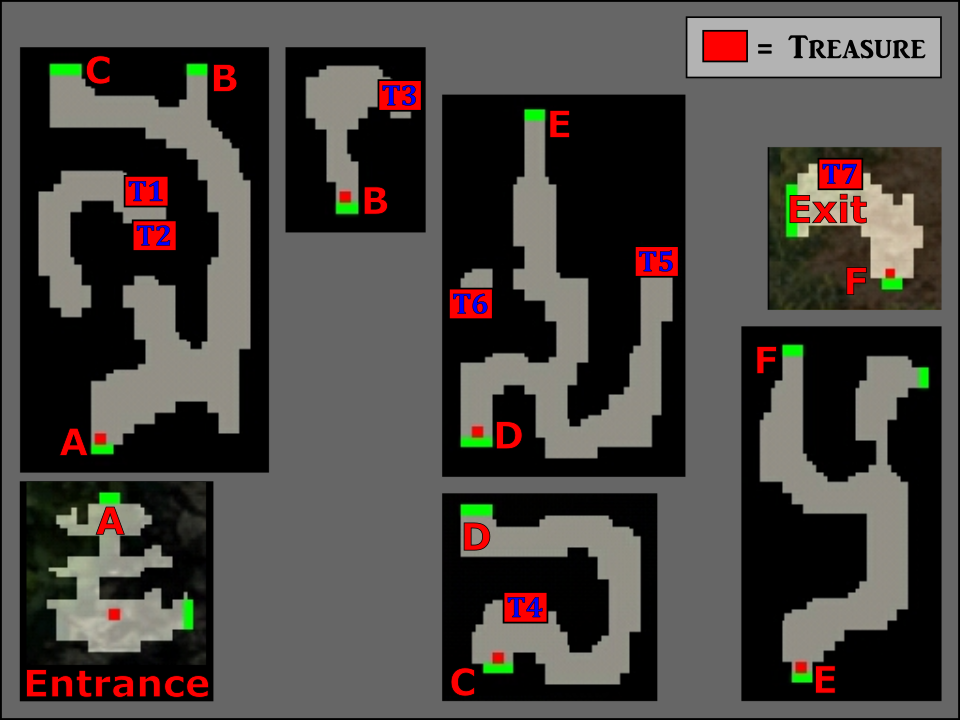 As you're going through Akkarl Pass now, the restriced area is open. (Note: the enemies in the restricted area are TOUGH even at level 140, so be prepared for some challenging random encounters!)

IMPORTANT One of the treasures in the restricted area is a Rusty Manifer. If you take this, and a Polish (as in table polish - not polish sausage), to the right Shine Sister, she'll turn it into a useful weapon.