When you enter Cragal Shrine, there's a scene with Zig. After the scene, get the treasure and head for the northeast corner of the shrine. (Ignore the door in the south; it won't open until the New Game+.)

There's another scene with Zig, but he disappears the moment he thinks there's someone else in the shrine.

Olivia performs her purification ritual, and then says she's ready to go on to the Shadow Shrine, which is south of your current location.

After you exit Cragal Shrine, though, Olivia remembers that the Shadow Shrine can't be reached on foot, and asks if you know where to get a ship? (So now, it's back to the Guild to ask for a ship. Good thing you've still got that Coupon...) 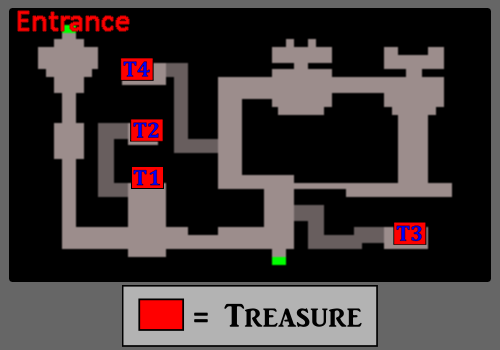 In the New Game+ the restricted area is open, and it has 8 new treasures.