NOTE: Elysium is the last location leading up to the Normal End. After beating the boss in this location, you will be prompted to start a New Game+, back at the beginning of the game but with all your current levels, skills, equipment, etc.

If there's anything that you want to do before starting the New Game+ (grinding, collecting all treasures, finishing all quests, etc.) I recommend you do it before entering Elysium!

This is a long dungeon, but thankfully it's not as confusing as Spireach Tower.

There is another new type of secret passage to look for in this dungeon, but it's pretty easy to identify. Just look for the black dots on the edge of the path.

Collect the treasure on the first screen, then go through exit A. Just before treasure T6, you run into what the Shadow Deity calls "an amalgamation of hatred." (Basically another Boss battle, only at the end of this one you get a weapon.)

Technically, I suppose you could skip this battle, but then you wouldn't be able to get the treasure.

Even if you did do the Fairyland grinding, this battle will still present a nice challenge.

As usual, start the battle by having Lucile use Call + Hit Me, then use your strongest skills or magic.

I had Amelia use Virgin Fist and Olivia use Murder Rate, while Harvey used Concentrated Slash.

Then Death Chimera got his first turn, and he used Cyclone, and Dark Inferno.

(Lucile learned them both, but if left all my party members with 1 HP and 1 MP, so I had to use an Alto Heal Pudding - which accidentally killed Lucile so my next move was of course to revive her.)

After that, I just had Olivia use Shadow Flare, and Lucile use Northern Light.

Then Death Chimera used Miracle Body, which makes all magic attacks do 1 damage, so I switched back to skills and regular attacks. It took a few more rounds, but ultimately I was able to defeat him.

After this battle, examine the shining stars to get Excalibur for Harvey, and Black Serena for Olivia. Now you can get treasure T6, and keep moving through the dungeon.

Get the rest of the treasure on this screen, then go through exit B to get treasure T11.

As you approach treasure T13, you'll encounter another "amalgamation of hatred," aka Boss battle with weapon drops afterwards.

Soul Knight will use Blind Horror, which does some damage to all party members, and also has a chance of inflicting Virus.

Cure anyone who gets infected, then have Amelia and Olivia use magic, and have Lucile use Thermal Strike.

By now, Soul Knight should be close to death, so just use whatever you feel like to finish him off.

After this battle, examine the stars to get Wizard Rod for Amelia, and Heaven Bagh Nak for Lucile. Now get treasure T13, and then continue further into the dungeon.

Get the last treasure on this screen, then go through exit D.

Now walk just a bit to the north, for a Boss battle that you have to fight before you can go on.

Mystery Puffin uses Biohazard on his first turn, which again can cause Virus on all party members.

Cure anyone who's infected, and as soon as possible use Lucile's Thermal Strike.

If you can get in one more Murder Rate and just about any attack from Amelia and Harvey, it should just about finish him off.

After this battle, follow the path through exit E to get two more treasures, then come back and get treasure T15, then take exit F.

Get the two crystals on this screen, then go through exit G.

This screen is pretty long, but it's not really as bad as it looks. Just follow the map and get all the treasure, and then take exit H to the next screen.

Now go east to exit I - you're almost there!

Get the two treasures on this screen, then go north towards exit K, but first go through J and L, and get the treasures in each of these rooms. Now go back, and go through exit K.

Use the Recovery point, then go north for the final battle.

Even if you did the Fairyland grinding, this is not exactly an easy battle; although it can be won, even if you're at the normal, "expected" levels for this point of the game.

In this battle, once you beat the Light Deity, you've won, even if her guardians are still alive.

Additionally, if you do kill her guardians, they essentially self-destruct, causing considerable damage to all your party members.

So just put all of your effort into beating the Light Deity, and don't worry about the other two.

Start with Lucile's Call + Hit Me. Then have Olivia use any skill that targets a single enemy, or a column - but make sure the only one in the "column" is the Light Deity.

(You can also use Olivia's Shadow Flare or Shadow Lightning, if she's learned it by this point - but avoid Shadow Spear, as it will most likely kill a guardian, resulting in more damage to your party.)

Have Harvey use Deca Shaft, and Amelia use Virgin Fist, then switch over to magic attacks.

Light Deity will use Murderous Grudge on Lucile, which will confuse her, so be prepared to Cure Lucile as soon as possible.

(Meanwhile if her turn comes around and she's still confused, just use Guard, or Call + Hit Me.)

The trick here is to try and defeat the Light Deity BEFORE her guardians' Countdown reaches zero. (Otherwise they both explode, and deal significant damage to your party.)

Watch the scene that unfolds to find out what the Shadow Deity says you still need to do now in order to prevent the world from being destroyed. 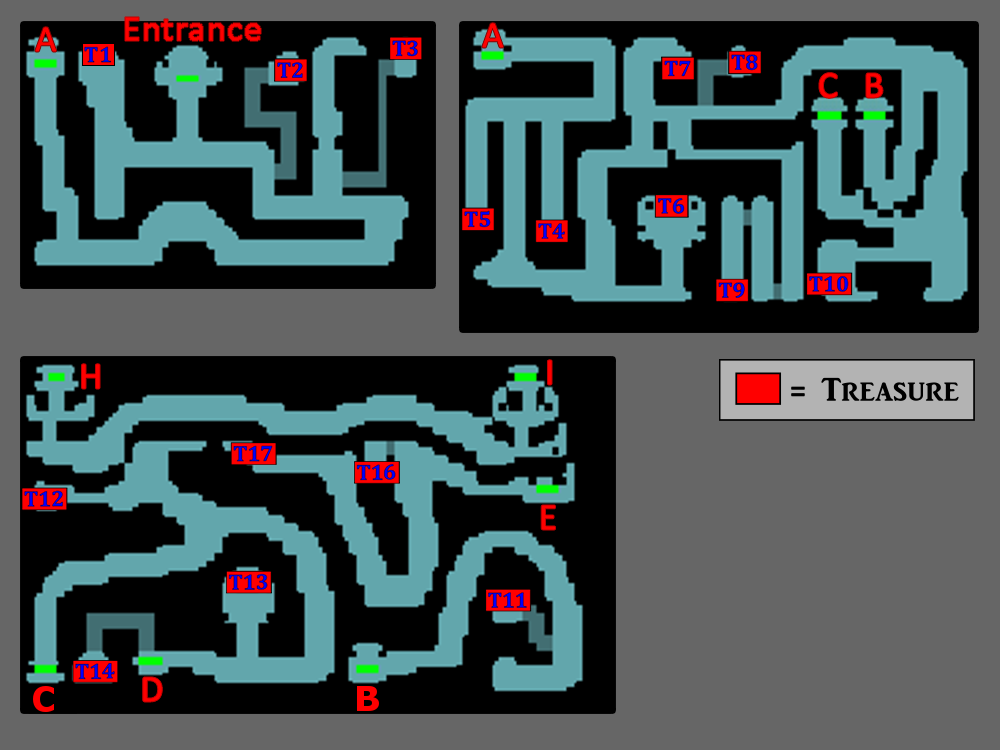 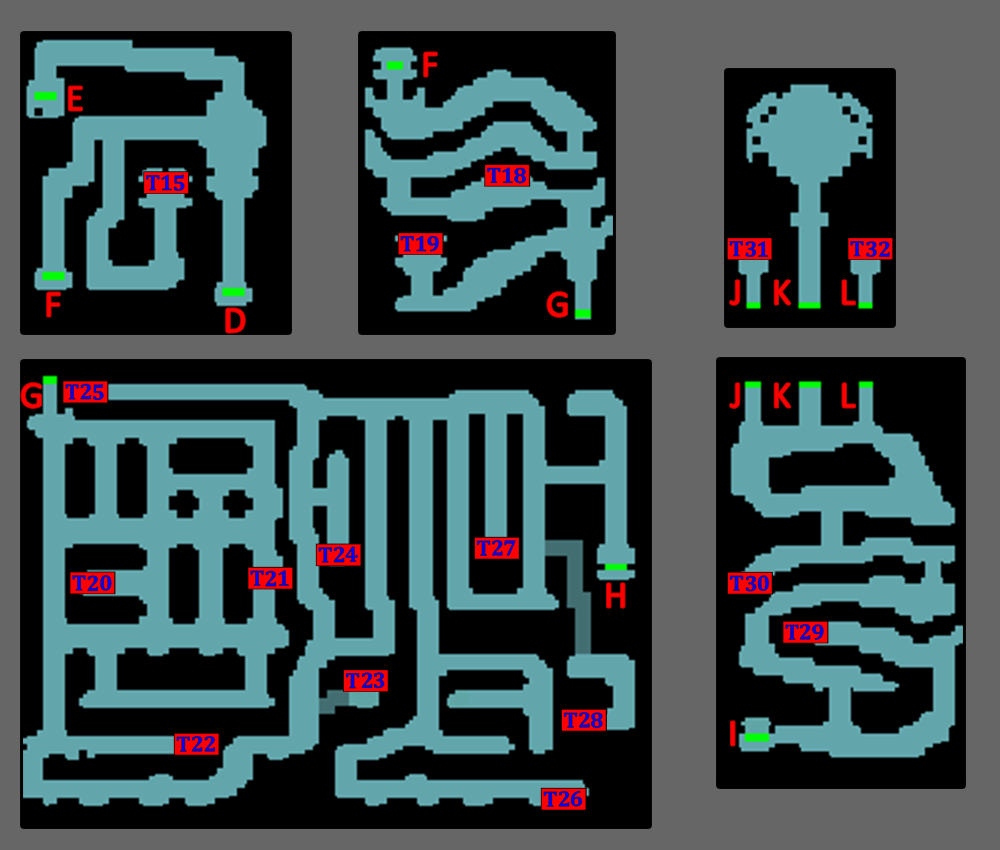 Go through the dialogue, and when it comes time for Harvey to make a decision, choose "We can't do that.."

After this, Harvey and Lucile will say they're not comfortable with the Shadow Deity's plans, and will insist on finding another way.

Watch (or fast forward through) the rest of scene, and at the end of it all Harvey will say you need to look for a way to stop the world from being destroyed.

On your way out of Spireach Tower, you find out that you actually need to travel to Gardenaus - which no one knows where to find, but which turns out, is the title of the book Olivia studied as a priestess-in-training.

Olivia says the book was donated to the Guild, so that is your next destination.