When you enter Gloamfel Shrine, take the secret passages to get treasure T1, T2, and T3, then take exit B and get T4. Then, go back and take exit A to the main room, get the two remaining treasures, then go north for a Boss battle.

Dusk Knight uses Confusion Attack on his first turn, but even if it hits Lucile she still can use Call + Hit Me (and since she uses it on herself, it will negate the Confusion.)

I had everyone else use their strongest skills and, unfortunately, I kept paralyzing him. (Which of course, prevented him from using skills on Lucile.)

So eventually, I just used Lucile's Thermal Strike, just to finish him quickly.

After the battle, the crystal shatters, and Harvey says to go back to the Hideout to see if Isaac found any information on the second shrine.

From here, you can go back through Gloamfel Ravine if you really want to, or you can just use a Flight Feather to travel straight to the Hideout.

Back at the Hideout, Isaac says he thinks the next shrine is in the mountains north of Tenebrant Castle. Olivia says that would have to be Obscura Shrine, and that is your next destination.

To reach Obscura Shrine, you'll need to fly to the continent north of Tenebrant City. Look for the forest on the east side of the continent, and land your airship on the southern edge of that forest and then walk north. 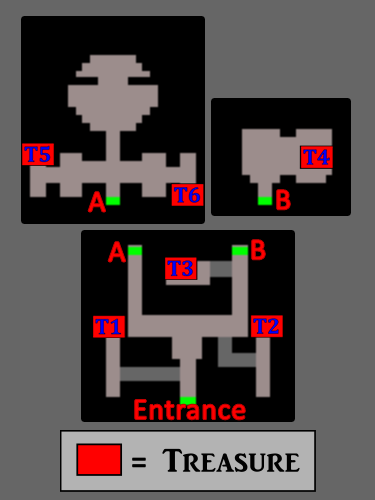