Sadly, the only way to reach Grakka Abyss is to walk all the way from Naihmee Village. Just follow the path through the forest, and eventually you'll get there.

NOTE: Some of the secret passages in Grakka Abyss are a little bit harder to identify. In addition to cracked or mis-shapen walls, you also need to look for floor spaces where the edge is a thin, straight line.

The first two rooms in this dungeon are pretty straightforward.

But then, you come to a room with trap doors in the floor. If you step on a trap door, you'll fall through to the room below (which has treasure, and which you ultimately need to pass through anyway.)

You can get all the treasure on the top floor first, or you can fall through the trap doors (whether on purpose or by accident) and collect those treasures - just make sure before you move on, that you've collected them all.

To get all the treasure, you need to fall through the following trap doors: red, yellow, purple, and white. (Avoid the light blue and pink, if possible.)

Try to save the white trap door for last, since falling through that one also puts you on the path to exit D and the next part of the abyss.

Once you've got all the treasure on these two screens, use the Recovery point and then go south through exit D for a Boss battle.

If you've got the Accelerator Jewel equipped on Lucile, she'll get the first turn in this battle (even before Zig, mwahaha!!!) so go ahead and use Call + Hit Me.

Now have Amelia use Virgin Fist, Olivia use Murder Rate, and Harvey use Deca-Shaft.

(Amelia and Harvey's attacks will take a little bit to charge, but trust me, they're worth the wait.)

Zig will use Blackout, but it'll only hit Lucile and is easily Cured with... well, Cure.

On Lucile's second turn use Thermal Strike, (which should be followed shortly by Harvey's Deca-Shaft).

Have Olivia use one more Murder Rate, and that should finish him off.

After the battle, the Shadow Deity appears and accuses you all of being foolish humans.

He says to come to where he dwells if you want to defeat him, and then he's gone again.

Go a bit south and you'll come to two boulders laying in the middle of mine tracks. (Hint: there are two sets of tracks here, that are both blocked off with boulders, and you will have to clear both of them to get past this screen.)

Follow the path to the east and collect treasures T22 to T25.

Before you ride any mine carts, though, follow the southern path that leads to treasure T26, then back track to the mine carts.

On the next screen, there are more tracks and mine carts - and there are also two switches to move the carts. If you flip the top switch, it activates the mine cart, but it just circles around and then runs you over!

So flip the bottom switch to send it on the right path. Then go over and hop in the other mine cart to get where you need to go (but don't forget to get treasure T27 first!)

Now, follow the path around to treasure T28, then go all the way to the southeast and go through exit F.

On the final screen, get the two remaining treasures, use the Recovery point, and then go north for the final Boss battle (in this dungeon, that is...)

Before you enter this Boss battle, I recommend changing the difficulty to Easy - unless you want to have a really hard time of it. If you haven't done any extra grinding the coming battles will be extremely hard, even on Normal...

Again, if you have the Accelerator Jewel on Lucile, she'll get to move before the enemy.

Use Call + Hit Me, and then have Amelia use Virgin Fist and Olivia use Murder Rate (both on Dusk Knight).

(Have Harvey use Concentrated Slash if you really want to end this battle quickly.)

On Lucile's second turn, use Thermal Strike, and target the Shadow Sage.

About this time Harvey's Concentrated Slash will launch - and if it doesn't kill them both outright, they'll be close enough to death that it won't matter what you use next.

After this battle, the screen goes dark and you're mysteriously transported to another realm.

Then, you get to fight the Shadow Deity.

The good thing about this battle is there's only one enemy. The bad thing is, it's the Shadow Deity - and he is quite strong if you don't have a good strategy (or if you didn't do the Fairyland grinding.)

Start with Lucile's Call + Hit Me. The Shadow Deity will use Countdown on her, so once she dies you'll have to Revive her and feed her a Charge Jelly, but that's okay.

Have Amelia use Holy Arrow as much as possible, and, even though he's Shadow-based, use Olivia's Shadow Spear to inflict some major damage. (Unless he uses Ultra MP Absorb, then use your skills.)

On Harvey's turn, use Tempest Cross, and then on Lucile's second turn use Thermal Strike.

Amelia can use HP & MP Drain if you've got the BG for it, and that should just about finish him off.

After this battle, the Light Deity seals away the Shadow Deity, and then all is well in the world (or is it????)

The Truth Behind it All

As you're speaking with the Light Deity, she reveals her true intentions to you - the purification of Asdivine. (And then she leaves.)

Olivia tells you that the purification she spoke of refers to the destruction of the entire world, and everything in it! (And here we thought the Light Deity was the good one...)

As you're trying to make sense out of all this, Olivia hears the Shadow Deity's voice. He confirms that in fact, you were deceived by the Light Deity. It was she who set out to destroy the world from the beginning, and she impersonated the Shadow Deity to trick you into sealing him away.

Over the course of this discussion, you also learn that Harvey and Lucile are not like other humans - that in fact, they may have been born into the world specifically to destroy the Shadow Deity.

Harvey and Lucile decide they're not satisfied with the roles the Light Deity created for them, and they ask the Shadow Deity what they can do to stop her. The Shadow Deity says if you can seal her away as well, then you may be able to find a way to solve the crisis.

Once all the dialogue is finally over, your next destination is Tenebrant Castle (but first, you'll need to pay a quick visit to Naihmee Village...)

Use an Exit Feather to teleport back to the entrance to Grakka Abyss, then watch the scene that follows. When you exit the abyss, Harvey says he senses something strange going on in the direction of Naihmee Village.

You can use a Flight Feather to warp to Naihmee Village if you want to, then just step inside. After the scene here, it's off to Tenebrant Castle, to try to stop the coming war... 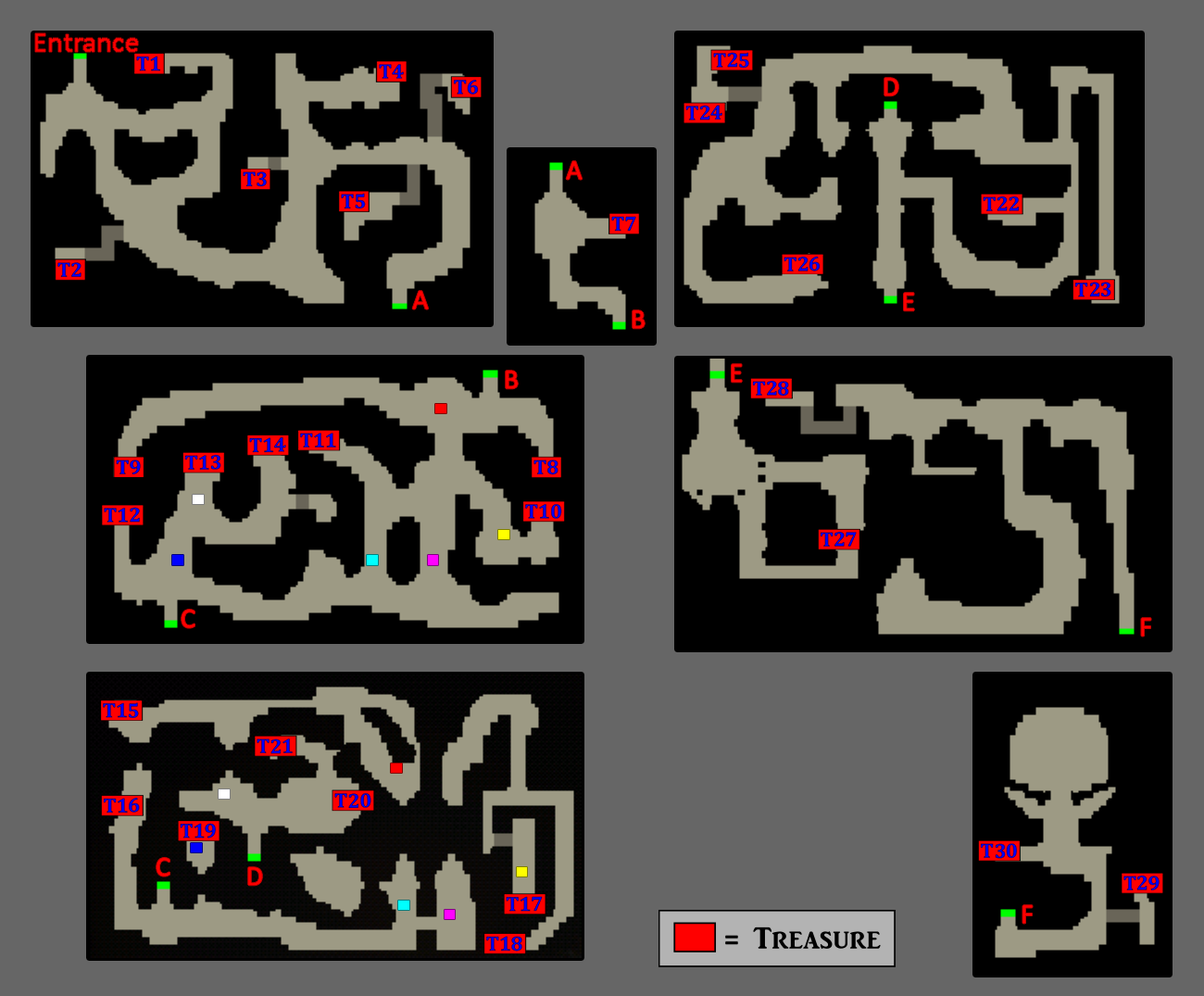