When you enter Illumina Spire, Harvey unlocks the front door, and then there's some really dumb dialogue between Lucile and Amelia (sorry, but it really is dumb...)

The whole first screen is linked by multiple secret passages, so go ahead and get the treasure here in whatever order you want. There's a barrier blocking the northeast exit, so take the one in the northwest.

Get the treasure here, then take the exit in the middle of the screen. Follow the path all the way to the end, and get the Magic Key.

Now you can go back and unlock the barrier. (You can use an Exit Feather to warp back to the entrance, to save a little time.)

Equip the Heavy Ring and get the treasure on this screen, then go through the exit.

On the next screen, get the Maid's Brew all the way on the top-most path, then go around to the Recovery point, and a Boss battle.

If you did the Fairyland Grinding, this battle will be pretty easy. (If not, it's obviously still winnable; it'll just take a bit longer.)

Have Lucile use Call + Hit Me, and have Harvey use Concentrated Slash. Olivia can use Sorrow Ataroth, if her HP ones digit is high (above 5, probably.)

Have Amelia use Flail, which attacks all.

Then on everyone's second turn, have them use Magma Raid.

On Lucile's second turn use Dragon Breath if you want to attack them both at the same time, or Thermal Strike if you want to target just one of them.

After the battle, Jolie Curie disappears deeper into the tower (lucky you, you'll get to face her minions again!)

Get the remaining treasure here, then go on to the next screen.

This screen actually is not as hard as the mini map makes it look.

Now follow the path back all the way to the north, and take the second path that leads all the way back down. Get the treasure at the end of this path.

This screen is about as simple as they get. Get all the treasure, then go on to the next screen.

Get the treasure on this screen and use the Recovery point at the end, then go on to reach the top floor, and another Boss battle.

Have Lucile use Call + Hit Me, then just to speed things up, use Harvey's Tempest Cross.

I followed that with Olivia's Hunting Season (because her HP tens digit was 9), and Amelia's Distribute (I didn't need the HP/MP boost, but I just wanted to do some nice damage.)

Then I had everyone use Magma Raid to finish her off.

After the battle, Gardenaus starts to glow, and infuse the party with its magic.

After the scene ends, get the treasure at the end of this room, then use an Exit Feather and go report to Maidame Curie back at the Guild.

While talking to Maidame Curie, Harvey senses that the entrance to Etheria has been opened. Once the scene ends, check your World Map for the location. (It says it's just west of the Guild, but actually it's more like just west of Ophir Woods... whatever. The good news is you can land your airship right at the entrance.) 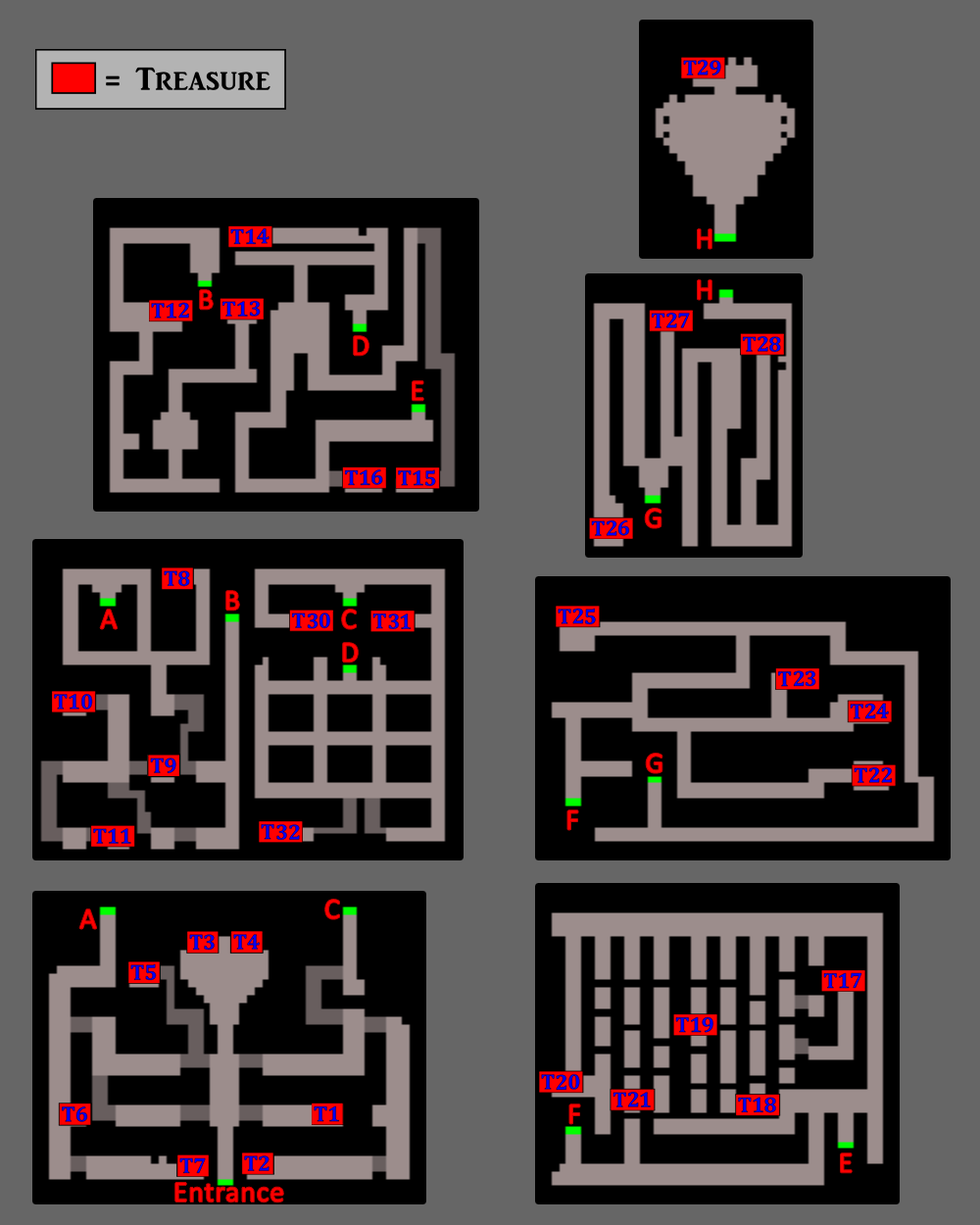