For being this light in the game, this is another really simple location.

Get all the treasure, then head to the back room for a Boss battle.

Have Lucile use Call + Hit Me, and have Amelia and Harvey use their skills while Olivia uses Shadow Flare.

Then use another Shadow Flare, and have Amelia and Harvey use any magic they have, that is not Light-based.

If Lucile gets a third turn, you can most likely use Thermal Strike again to finish the Light Sage off.

Now that you have both Light Crystals, you need to go place them in the Shadow Shrine.

Exit Lantanoi Shrine for a short scene, then go to the Shadow Shrine and place the crystals.

The Shadow Deity tells you that the way to the Light Deity's realm is now open, but there's a barrier blocking the entrance. (Fortunately, the Shadow Deity knows how to remove the barrier.)

Finish the scene, and then go to Spireach Tower to pursue the Light Deity. 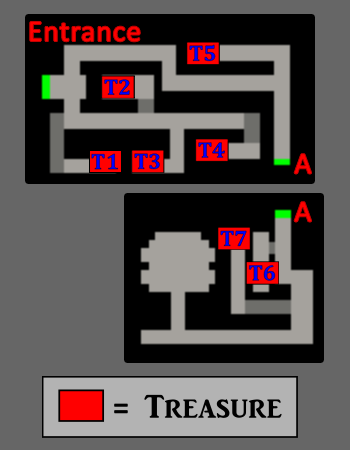