Here, the Light Deity tells you the Shadow Deity is trying to draw both kingdoms into an all-out war in hopes of bringing more negative energy into the world.

She says the only you can save the world is by sealing away the Shadow Deity. If you can do that, she'll be able to restore the balance of energy in the world, and then the Shadow Deity can be re-awakened.

But before she can seal him away, she needs your help to weaken his power. She can grant you a portion of her powers (which will aid you in your fight against the Shadow Deity), but first she needs you to travel to Mount Cheeka and bring back a Magic Pot.

(Unfortunately, the way to Mount Cheeka is blocked, as you'll soon discover. Nevertheless, to keep the story moving, you have to go there.)

So, it's back to Ophir Woods, and from there, to Mount Cheeka. 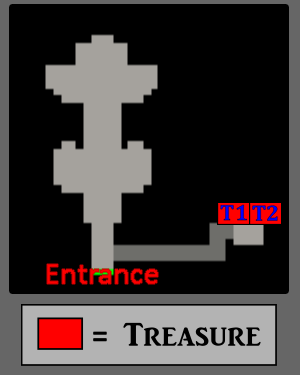