Note: This dungeon is a bit more complicated than what you've seen so far, but just follow the map and you'll be fine.

Now that the boulders are out of the way, it's time to look for the Magic Pot.

First, get all 19 treasures here, then head for the summit, which is at the very end of the final screen.

(If you happen to run into any Stratos Dragons along the way, you may want to consider running away. Unless you can get really lucky and poison or paralyze him - or both. Otherwise he'll probably destroy you.)

As you get close to the end of Mount Cheeka, there's a scene at Mashrowe Village. Zig comes in and kills all the men in the village as an offering to the Shadow Deity. (This is a bad sign for what's about to come to the world of Asdivine...)

When you finally do reach the summit, there's a monster waiting there to test you, to see if you're worthy of the Magic Pot.

Note: Unless you've done the Fairyland grinding, there is no possible way you can beat the Fated Dragon on your first playthrough, so don't even worry about it. Just let him kill you, and get on with the story.

If you did grind to level 100+, have Lucile use Call + Hit Me, and then have everyone else use the strongest skills they have available. (If Harvey has Dragon Slayer, now is the perfect time to use it.) On Lucile's second turn, use the enemy spell Thermal Strike. Then on her third turn, go back to Hit + Call Me, and keep using this every other turn to keep everyone alive and in the battle.

If you're a high enough level, it is possible to beat the Fated Dragon; it'll just take a really long time. If you do, he gives you a Gamble Jewel. (You also get the Magic Pot, whether you defeat him or not.)

As you're leaving Mount Cheeka, there's a scene "In Some Forest." Isaac finally catches up with Zig, and he figures out that the crystal is affecting Zig in a bad way. He tries to stop Zig, but Zig is too powerful and Isaac takes a whooping. Zig leaves his father in the forest, and says he has more important things to see to (like trying to destroy the world...)

Back at the Light Shrine

Back at the Light Shrine, the Light Deity fills the Magic Pot with her power, and then tells you that your next step is to defeat the Shadow Deity's guardians and destroy the crystals they protect. The first crystal is east of the Light Shrine, beyond Gloamfel Ravine - but, unfortunately the Light Deity doesn't know where to find the second crystal, so you'll have to figure that one out on your own.

Meanwhile, there's no way for your party to get to Gloamfel Ravine because it's completely surrounded by mountains. Harvey says he remembers someone at the Hideout mentioning an ancient airship. So, head to the Hideout (back through Ophir Woods, again! Fortunately, once you get back to where you landed your ship, the Hideout is only a hop, skip and a jump away.)

Talk to Isaac in the Hideout headquarters. He tells you there's something like that buried in Muhnay Cave, south of the Hideout, and he sends Engineer, Niles along with you, to help get it started once you do find it.

Isaac also says the shops have new equipment, so if you haven't upgraded your armor in awhile, now would be a good time.

Also, be sure to talk to James while you're at the Hideout, and learn Steal! Then, exit the Hideout and come back, and talk to him again to learn Mug.

When you're ready, exit the Hideout and follow the World Map to Muhnay Cave. 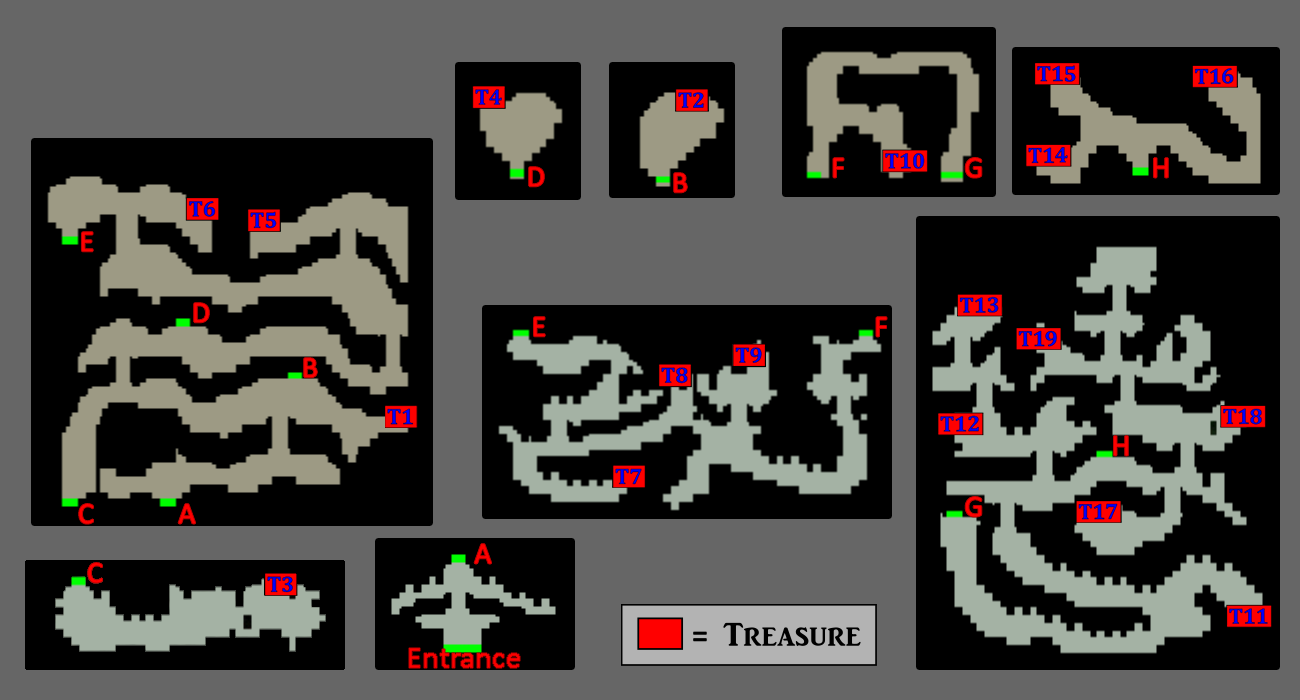 Whether you defeated the Fated Dragon on your first playthrough or not, you should be able to defeat him now. Have Lucile use Call + Hit Me on every other turn, and use everyone else's strongest skills and magic. If you beat him, he gives you a Gamble Jewel

Talk to James (the one who taught you Steal and Mug.) He'll give you SP Bag x2. Then leave the Hideout, come back in and talk to him again, and he'll give you a Gold Trunk.