Enter Naihmee Village and go to the Inn. Watch the scene with Fabio, and then you're free to go on the next location - Grakka Abyss.

There's a Gem Collector inside the cave in the northwest corner of town. She'll trade 8 Tray Gems for an Experience Jewel.

(Note: There is a subquest in Naihmee Village, but it's not available until later.) 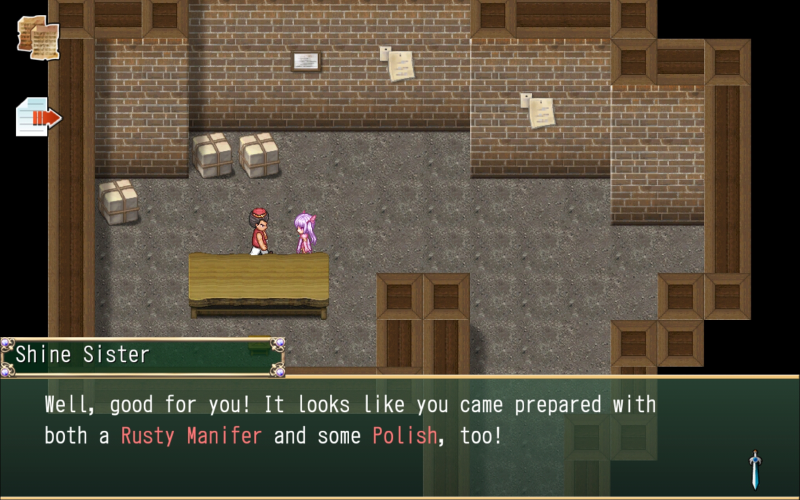 The Shine Sister in Naihmee Village will shine a Rusty Manifer (not sure why this one looks like a man, though?...)