To reach Ophir Woods, first sail to Pican Port, and then sail to the peninsula due south. Land your ship here, and then follow the World Map to the southwest.

There is no Boss Battle in Ophir Woods! (Hooray!)

This first time through the woods, your objective is to reach the Exit, so skip the one that leads to Mount Cheeka, and head all the way for the far end of the woods.

When you enter the woods, the party senses that something is different here. Olivia suggests the balance of energy in the area might be off, and Harvey says you should try to correct it, if you can.

After the dialogue follow the path to the first fork in the road. There's another small scene where the party talks about which direction to take - but after this scene, you'll want to take every direction anyway so you can get all the treasure.

Note: Some of the treasure chests (T1, T8, and T10) are really hard to see, because they're about 99% hidden by the trees. If you don't see it right away, just walk around in that spot and keep hitting the confirm button until you find it.

On the third sceen, skip the exit to the north. Just collect all the treasure and take exit D to the fourth screen. Get the remaining treasure and exit the woods. Your next location is the Light Shrine, which is east on the World Map. 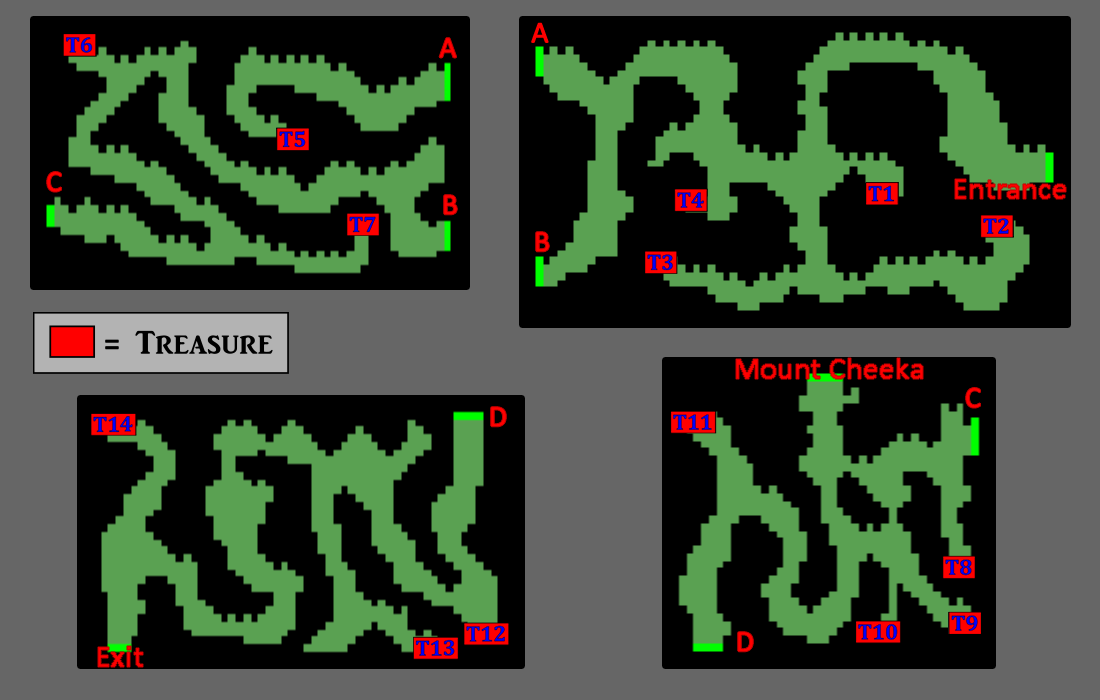