Note about treasure in Rhutti Mine:

If you collect all 9 treasures in this part of the mine and use a Treasure Searcher, it will say there are 11 unopened chests in the area. They are in the part of the mine that you can't get to right now, so don't worry.

To get to Rhutti Mine, head east on the World Map. Go south across the first bridge you come to, then go east and take the other bridge leading to the north (the one I told you to skip on the way to Mashrowe Village). Go northeast of that bridge to reach Rhutti Mine.

When you get the Thief Jewel, I recommend equipping it to Olivia (at least until something better comes along.) With this jewel equipped, enemies will drop 2 items at the end of battle instead of one.

There are two exits on the second screen, but the one in the northeast is locked, and can't be opened without Dallin's permission. So, use the Recovery Point, and take the exit in the northwest to a room with a Boss battle.

For this battle, have Amelia use Hit or Swing, and if she runs out of BG use Light Thunder.

Have Harvey use Ariel Slash (since it does more damage to aerial targets) or Molecular.

You can also cast Burn Up on Harvey, to increase his ATK by 2 ranks.

Have Olivia use Reduce Edge or Stun Cut.

DON'T USE Heaven Rises, since it will change the Wyvern's Float status, and make it so Harvey's Ariel Slash will do less damage!

Olivia can also use Attack Down or Quicken Down, but I personally did not use those magic skills.

If you even have decent weapons for this battle, it shouldn't last more than a few rounds on Normal difficulty.

After the battle, get the Mirror of Truth from the treasure chest and watch the scene with Olivia and Amelia.

Olivia lends you the Mirror so Amelia can expose the impostor, but asks that you return it to her once you've achieved your goal.

After this, there's a scene with Zig at the Watchers' Hideout. (Oh, poor Zig... He has no idea what he's getting into...)

Getting to Luminia Castle

Once the scene with Zig is over, go back and get the last treasure (in case you didn't get it before getting the Mirror of Truth), then exit the mine and report back to Dallin in Mashrowe Village.

Dallin says the Headstone is ready to be delivered, and Harvey and Amelia make their plans to infiltrate the castle. (Meanwhile, Olivia agrees to wait for them at the Luminia City Inn.) Dallin's Subordinate takes the party to Pican Port, so once the dialogue ends, head back to Luminia City.

There, Harvey finds disguises for himself and Amelia to let them slip past the castle guards. Once you're disguised, approach the main castle gate. The guards tell you to use the east entrance, so now go to the east entrance.

Once you're through the east entrance, the next location is Luminia Castle. 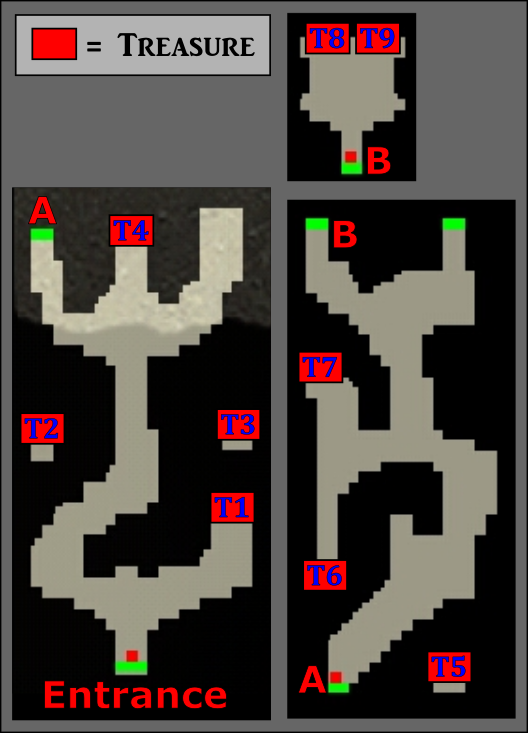