Shawarl Checkpoint is southeast of the Guild. The guards at the entrance ask to see your Coupon, and then they let you through. There's a scene with Prince Laird and some monsters, and then you're free to explore the checkpoint.

There's not much to the checkpoint, just a handful of treasure and a Boss battle. There are no random encounters in this part of the checkpoint.

The exit on the screen where you get treasure T4 leads to a locked door that won't open until New Game+, so skip it for now.

Also, treasures T5 and T6 require a Heavy Jewel. You could conceivably have one at this point, but if you're like me and saving the Battle Arena for later, then just make a note of these two treasures, and come back for them once you do have the Heavy Jewel.

Use the Recovery point if you need to, and then go south through Exit B for a Boss battle.

Have Lucile use Call + Hit Me on her first turn, then use Amelia's Hit or HP & MP Drain.

Use Harvey's Triple Strike, and whenever possible have Lucile use either Slash or Double Slash.

If Lucile has learned Ice Shot, that spell will deal some good damage, as well as lowering the enemy's ATK & INT by 1 rank.

After using all your BG, use Harvey's Molecular (or just use his regular attack) and Amelia's Light Thunder, and have Lucile keep using Call + Hit Me as much as you can.

This battle will take awhile, but as long as you watch everyone's health you should be fine.

After the battle, the Prince's guard thanks you for your help, and gives you Heal Potion x10.

Once the dialogue ends, exit Shawarl Checkpoint and travel northeast on the World Map to reach Tenebrant City. 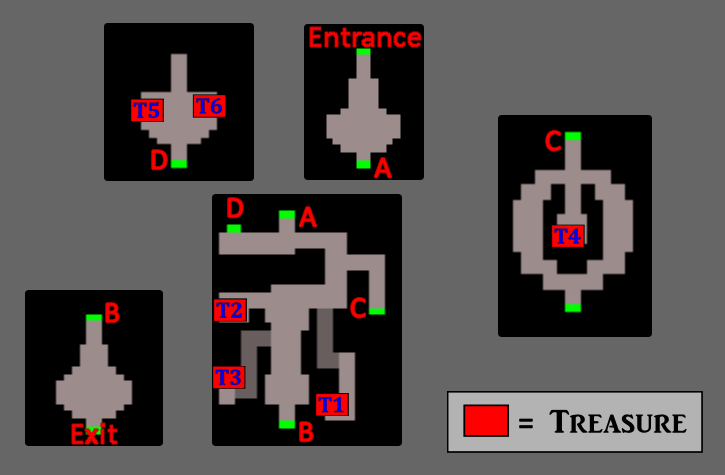 In the New Game+, the rest of this dungeon is now accessible. There are 6 new treasures you can get here (and still, no random encounters).