If you were hoping for one more long, confusing dungeon before the Normal End, you're in luck. (Seriously, this one is just ridiculous.)

Get the treasure east of the entrance, then go west to find the barrier and watch the scene. Now, stay on this screen and follow the path to get treasure T2.

(Note: If you have a Heavy Jewel, you can get T19 at the same time, or you can just wait and you will come across it as you explore the dungeon.)

Now take exit A, and on that screen, follow the path to exit C, and go get treasure T3.

Now go back one screen, and take exit B. Follow this path to exit D, and get treasure T4 - the Half-Broken Key.

Now go back through exit D, and get treasures T5 and T6. Follow the path to a door with a Half-Broken lock, and use the Half-Broken Key, then get the remaining treasure on this screen and go through exit E.

Now go south to exit F, and get treasures T11 and T12. Now go back up through F, and head toward exit G, but take the secret passage on the way to get treasure T13. Now, go through exit G and follow the path to T14.

Now go back one screen, and get treasures T15 and T16, then go back through exit E and head to the northeast corner.

Here, there are two ledges with arrow tiles pointing to the north. If you step on one of them, it will pull you off the ledge and make you fall to the floor below.

Now go to exit H, and open the door with the Half-Melted lock. Follow the path through the next few screens, and then watch the scene. After the scene, go north through exit J.

When you enter this screen, Harvey says the corridor splits in two directions, and then Isaac comes up behind you and says he'll take the left path, and you should take the right. (Isaac will help you through the next little bit of the tower, and then you'll be able to go back, and collect the treasure on his side of the room.)

Get the treasure on the east side of the room, then go through exit K.

Follow the path to T23, then go down a bit and take the arrow tiles pointing to the east, that lead across and up through the little maze there. Follow the path until you come to a switch, but before you examine the switch, take the secret passage to T24.

Now, use the Recovery point next to exit O, and then go north one screen for a Boss battle.

As usual, have Lucile use Call + Hit Me. (If you've got the Accelerator Ring, she'll get to do this before Zig's first turn.)

I had Amelia use Virgin Fist and Olivia use Murder Rate (so she could use it two turns in a row), while Harvey used Tempest Cross on his first turn.

Zig uses Impotence on his first turn, which does some damage, but also lowers DEF by 1 rank - but since Lucile is using Call + Hit Me every other turn, that won't be a problem.

On Lucile's second turn, I used Thermal Strike, followed by Olivia's Murder Rate, Amelia's Hit, and then another Thermal Strike to finish him off.

After the battle, Zig is still possessed by the Light Deity, and he kind of goes crazy, yelling about needing more power. Your party chases after him, and then Isaac arrives and tries to save Zig.

Just then the Light Deity shows up to finish Zig off, but Isaac jumps in front of him, saving his life. After this Zig finally sees the error of his ways, and he and Isaac are reunited.

Then the Light Deity confronts the Shadow Deity within Lucile and Harvey - but the Shadow Deity tells her she's about to be sealed away, just like he is! The Light Deity opens a portal to her homeworld, Elysium, and says if you can confront her there and come out victorious, she may reconsider her plans to destroy the world.

Then a couple of Watchers show up, and take Isaac back to the Hideout. Meanwhile, Zig has an attack of conscience, and disappears into Elysium.

Finally, before this scene closes, the Shadow Deity opens a portal back to the entrance to Spireach Tower, in case you need to go back and prepare for the upcoming battle.

After the scene, the way to Elysium is open.

NOTE: Elysium is the last location leading up to the Normal End. After beating the boss in that location, you will be prompted to start a New Game+, back at the beginning of the game but with all your current levels, skills, equipment, etc.

If there's anything that you want to do before starting the New Game+ (grinding, collecting all treasures, finishing all quests, etc.) I recommend you do it before entering Elysium! 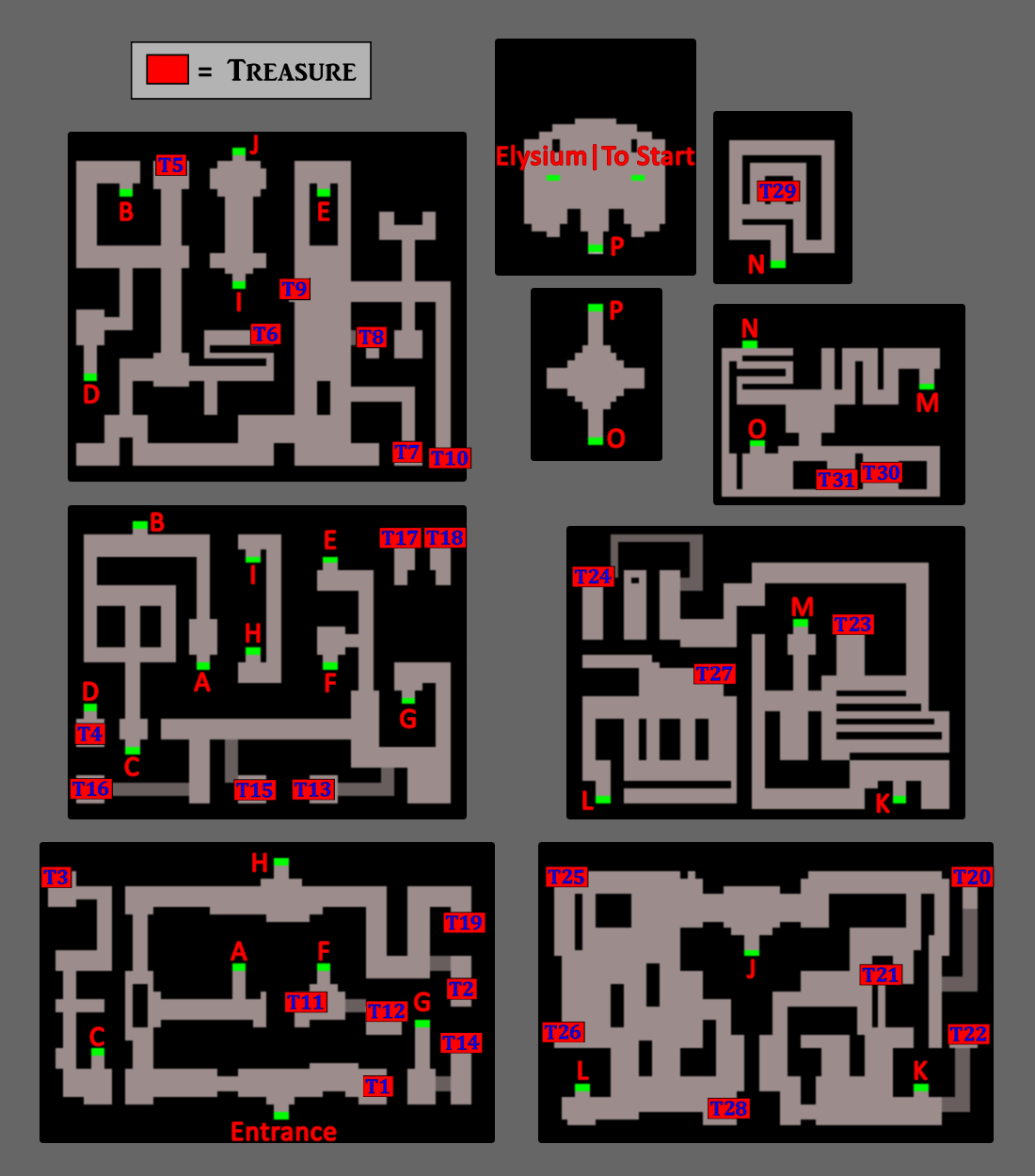