When you enter Tenebrant City, go to the chapel in the northwest corner and show your Coupon to the High Priest. The High Priest says you can go back and meet with the priestess, so when the dialogue ends go north to the back room, where you meet none other than...

Harvey explains to Olivia how the Shadow Deity appeared in Luminia and murdered the man who summoned him. Olivia confirms that Tenebrant is preparing for war, and that in fact the Shadow Deity is directing the King's movements.

Olivia says she's been unable to hear the Shadow Deity's voice for the last several days, so she really doesn't know what's going on. She does say that faith in the Shadow Deity has been declining lately, but she doesn't believe that the Shadow Deity would purposely kill people to try to make them believe in him.

She says that in order to know for sure, she'll need to speak directly to the Shadow Deity. But before she can seek an audience with him, she needs to purify herself in Cragal Shrine, which is west of Tenebrant City.

After that there's a scene in Tenebrant Castle and then the game cuts back to your party. When you're ready, exit Tenebrant City and go west on the World Map to Cragal Shrine.

Aside from collecting the treasure and unlocking a subquest, there's really nothing else to do here.

08 Lunchbox Left Behind - talk to Waldo next to the Warehouse 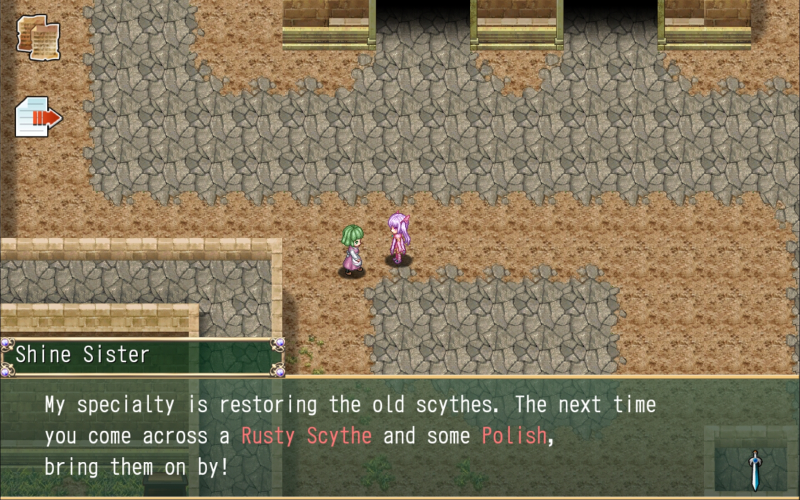 The Shine Sister in Tenebrant City will shine a Rusty Scythe.