Your mission here is to simply find and defeat the two Guild Examiners.

The first Examiner is on the same screen where you find treasure T1.

You can try to learn the Examiner's skills if you want, or you can just beat him and get on with the story.

Using Call and Hit Me will force Roy to target Lucile, and to heal her every time he attacks.

If you've used the two Experience Bags from the Warehouse in Makra Port, this battle will be a cinch, so if you just want to win, use Hit, Triple Strike, and whatever big bad attack skill Lucile has.

You can use magic, but odds are at this point in the game your weapons and each character's ATK value will be stronger than any magic skill you have.

After the battle, use the Recovery Point if you need to and then go on to the next screen.

I recommend equipping Lucile with the Counter Jewel, so that when she uses Call, she'll counterattack each one of the enemy's normal attacks.

Arrow Tiles and the Heavy Jewel

On this screen there are a number of "arrow tiles" on the floor - tiles with arrows that point one direction.

If you step on one of these tiles, it automatically moves you in the direction the arrows are pointing.

(If the arrows are facing you directly, then when you step on them you'll just be pushed back; you won't be able to walk across those tiles.)

The only way to negate the effect of the arrow tiles is by equipping a Heavy Jewel, which can only be obtained from the Guild's Coin Exchange.

Since you can't earn Coins until you can use the Battle Arena, don't worry about it for now. Just take note of the fact that there is one treasure on this screen that you cannot obtain without the Heavy Jewel.

On the next few screens, collect the remaining treasure and then make your way towards Exit E.

At the bottom of this screen, there's a locked door. This door will ultimately lead to the Legendary Sewers; however, that will not be accessible until well into the New Game+.

Head to the large room at the end of this screen for the second Boss battle.

(This time, rather than fight the Guild Examiner, you get to fight his pet.)

Coelacanth uses Transform at the start of battle, which protects against magic attacks, so use your skills again in this battle.

(You can have Lucile use Call and Hit Me again, but otherwise just use everyone's strongest skills.)

I used Harvery's Triple Strike along with Amelia's HP & MP Drain, and the battle was over pretty quickly.

After this battle the Guild Examiner gives you a Certificate, which proves that you're qualified to enter the guild tournament. Once the Examiner leaves, make your way back to the entrance.

Spoiler
As you near the entrance to the Training Ground, Zig comes in. It seems he's been spending all this time searching for Harvey, so that he could kill you!

The game cuts to a battle screen but Zig wipes you out before you can do anything.

After that he reveals that's he's in cahoots with the Shadow Deity, whose greatest desire is to bring "increased death" to the world.

Then one of the Guild Examiners comes in, and Zig departs. The Examiner treats everyone's wounds and takes you all back to the Guild so you can recover. 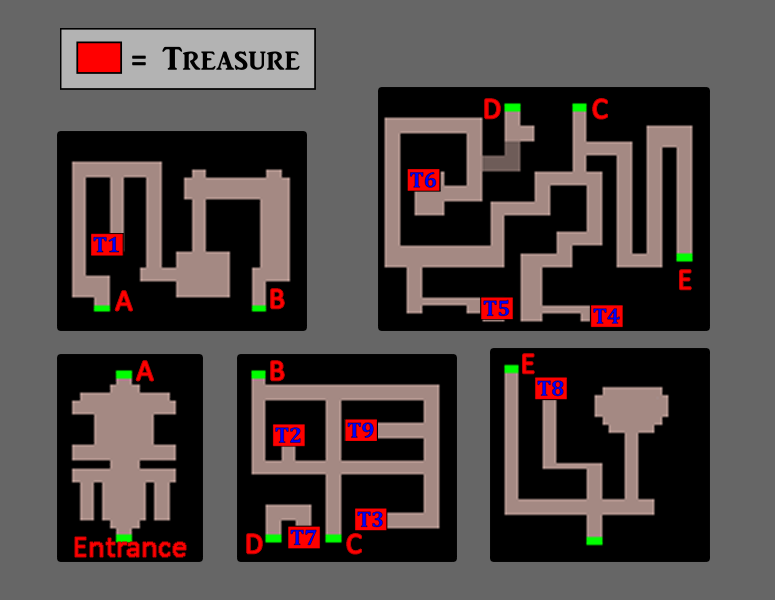 This time around, it is possible to beat Zig when he shows up. (And learn some skills from him, if you're missing any of them still.)

If you do, he'll drop a Skill Doubler Jewel.

(Of course, in the story line, he still beats you all up anyway - but at least you can win the battle.)