There are a number of areas on the World Map that are not "marked" or otherwise identified, and so the only way to find these areas is by exploring the entire world. Then, by fighting random encounters in a new area, you can look up the enemy you just fought and check their location in the Enemy Guide. This is the only way to find out the name of the "unmarked area" that you're in - except, of course, for using this handy dandy Unmarked Areas map! 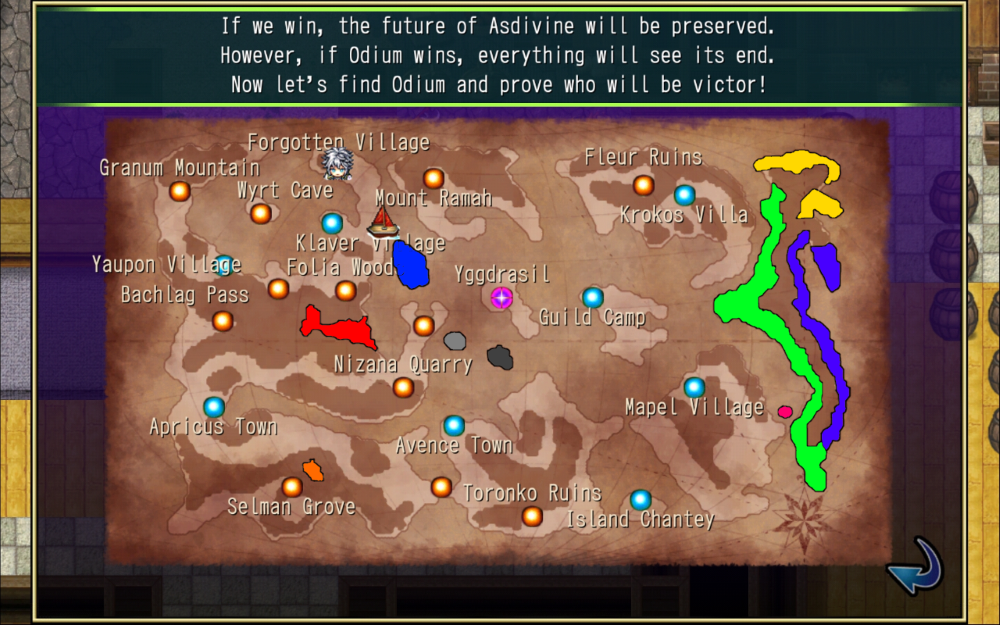 The Barrel Region is also the location of one of the four Sign Posts around the world.

The Boulder Region is also the location of one of the four Sign Posts around the world.

Drops can include Heal Potion, Boulder Ring, and Encounter Ring (plus whatever the random enemies in this region might drop.)

Good place to farm for Gold (and the EXP is alright, too.)

The Level 300 Area is also the location of one of the four Sign Posts around the world.

This island is also the location of one of the four Sign Posts around the world.

This is the best place to level up to about 600. After that you can stay here and grind to 999, or you can go to Fairyland.

* The Metal Isles are great for gaining EXP, as long as you're set up to handle metal monsters. For details on how to grind in this area, see the Easy Leveling Guide.

The battles here are tough, but if you're around level 600, you can handle them on Normal difficulty (and then slowly raise the difficulty to Hard and Expert, as you get more comfortable here and your level rises some more.)