The map for this dungeon is pretty much all over the place. You go back and forth quite a bit between different sections of the same screen, and there are a lot of arrow tiles to further complicate your journey, so if you get lost or confused be sure to consult the Map.

When you enter the ruins, Izayoi remembers that this is the place where Yuno's Spirit Tree used to be. (Yuno was the previous Shadow Spirit.) After Izayoi goes through the door, Minerva asks Iris what she thinks of him. Minerva confesses that she has feelings for Izayoi as well.

After the dialogue, go north to reach the first screen.

On the first screen, take the path to the west to get a treasure, then go back to the entrance. Follow the path to the east, being careful to avoid all the arrow tiles. Get the treasure in the northwest corner of the screen, and then take the exit to the second screen.

Follow the path to the exit to the third screen.

Now go back to the main path, and follow it all the way to the exit to the second screen (east).

Follow the path to the exit to the first screen.

Follow the path around to the first set of arrow tiles pointing West. You want to go across these tiles to get one treasure - but afterwards you'll have to backtrack all the way around to the east side of the first screen (Unless you have a Heavy Ring.)

Once you're back on the first screen (East), be careful to avoid all the arrow tiles, and follow the path to the exit in the middle of the screen, to the second screen (center).

Use the Recovery point, Save your game, and then go north for a Boss battle.

Childish Spirit is not really that hard.

Her attacks don't do much damage, compared to previous Boss battles. I used Galaxy X, Holy, and Catastrophe, as well as Down you go, Flash Slash, and Shadow Corona.

Childish Spirit is able to heal up to 54,900 HP - so this battle could take awhile depending on how long it takes to deliver the final blow.

After the battle, a sprite comes looking for Childish Spirit, and asks if you've seen her. The sprite takes off after her, but before he goes, Izayoi gives him a Maid Ticket.

(Side note: Childish Spirit closely resembles one of the characters in Asdivine Menace, this game's sequel. This may have been planned all along, or this Boss might just be the inspiration for that character. Of course, it could also be pure coincidence, but I think that's doubtful.)

After the dialogue, go north to the fourth screen.

Follow the path to the west. When the path splits, go to the southeast corner to get a treasure. Now go back to the main path and follow it all the way to the northeast corner. Get the treasure here, then take the exit to the fifth screen.

There's a secret passage in about the middle to the path that leads to treasure in the northwest corner. Get the treasure, then take the exit in the southeast corner of the screen to the fifth screen (north).

Unfortunately, there's one treasure here that, if you get it, you have to go back through the fifth screen (south), and the sixth screen (unless you have a Heavy Ring). All it is, is 2 Buster Tickets, so you don't have to get it unless you want 100% completion. To get it, take the arrow tiles pointing to the right, just east of the entrance. Then come back to the fifth screen (north).

From the entrance, go west around the square, and follow the path all the way to the northeast corner, to the exit to the seventh screen.

Follow the path to the Recovery point, Save your game, and then go north for a Boss battle.

Apparently, Odium somehow infected Keith with murk, and now he thinks Izayoi is evil. He says he has to destroy you, and then you get to fight him (but, oddly, Furball is not in this battle.)

For this battle, I used Please stay still, Galaxy X, Holy, Catastrophe, Flash Slash, and a lot of healing. Keith is pretty strong, both attack-wise and defense-wise, and this battle will take awhile.

After the battle, Izayoi removes the murk from Keith, but Keith's wounds are too deep. Izayoi reveals his true identity to Keith, and Keith tells Freya he's madly in love with her, and then he loses consciousness.

Freya begs Izayoi to save Keith's life. Izayoi says that even if he dead, Keith would no longer be able to live as a normal human, and besides his body might reject Izayoi's magic anyway, in which case he'd still die.

Freya insists, so Izayoi uses his magic to bring Keith back. He summons a couple sprites to watch over Keith, and explain everything to him once he regains consciousness, and then says he wants to head outside to see if the elemental spirits know anything new about Odium.

Get the treasure in the northwest corner, then go outside.

When you leave the ruins, Freya starts behaving the same way Iris did when her tree was under attack. (Although Odium attacked Freya's tree once before, he was unable to do any damage. Minerva believes that now he's strong enough to be able to hurt it, and that's why he's returned.)

Freya says the entrance to her tree is still sealed (for now, at least), and this is your chance to get the upper hand on Odium.

Just then the Elemental Spirits appear. Ventus tells you some of the wind flowers have bloomed, and you can now travel by air. They have some leftover seeds, so they bring a flower to full maturity right in front of you!

Now it's off to Wyrt Cave, and from there, to Freya's Spirit Tree. 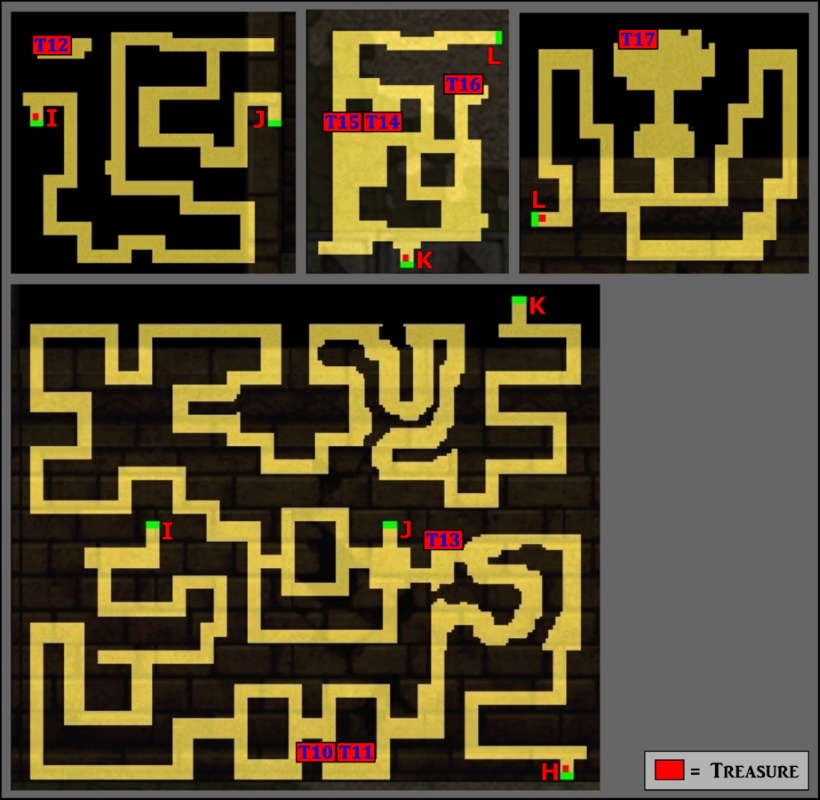