The game starts in Folia Woods, where you (as Izayoi) meet with three Sprites. They tell you that the Light Spirit is waiting for you in the heart of the woods. As soon as you have control of Izayoi, go north one screen, and you come to a Spirit with its head in the ground. The spirit is Iris, the Light Spirit.

Iris gives you the "murk" the Sprites have been collecting, and you send it to Yggdrasil, where it eventually will return to the void. The murk is all the negative emotions that come from humans and, apparently, when that murk comes in contact with plants or animals, they get turned into monsters.

The game cuts to a Black-Clad Man, standing at the foot of Yggdrasil. A mysterious sword appears in front of the man. He takes the sword and swears to destroy everything! After he leaves, a Being of Murk appears out of the shadows, and follows after him.

The game cuts back to Izayoi and Iris. The forest is being filled with murk, and Izayoi is unable to return to his true form to stop it. He suspects someone may have hurt one of his Spirit Trees, and suggests that he and Iris go check things out. Iris gives you Heal Gummy x12 and Magic Gummy x8, a Shortsword, and a World Map. Iris joins the party, and you're back in control.

Be sure to equip the Shortsword, and then go north to the next screen. Here, you come across a Moomie which gets "touched" by murk, and turns into a monster.

(This is a quick battle, basically just meant to introduce you to the game's battle system. Just use your basic attacks.)

After the battle, go north to the next screen, and you'll come to two treasures - an Exit Feather and Buster Ticket x2. Follow the path further north and you come across another treasure chest with sort of a dark blue color. These chests contain equipment, whereas the brown chests only contain consumable items. This one has a Shortsword +10.

Now follow the path around to an exit to the east. Iris's Spirit Tree is on this screen. There doesn't seem to be anything wrong with her tree. Izayoi wants to leave the woods, but first Iris gives you a Light Ring B and a Shadow Ring B. (You can either give the Light Ring to Izayoi and the Shadow Ring to Iris, or you can just put them both on Izayoi.)

Now get the treasure on this screen and then head back to the entrance to Folia Woods.

When you get to the entrance, your Sprites are all unconscious. Izayoi brings them back and explains that he and Iris are leaving the woods, and the Sprites are in charge in their absence.

When you first step on the World Map, the murk is spreading everywhere. Izayoi is sure something has happened to Yggdrasil. He suggests you check with the Shadow and Harmony Spirits. First is the Shadow Spirit, and to get to her you first need to go to Klaver Village, which is north of your current location. 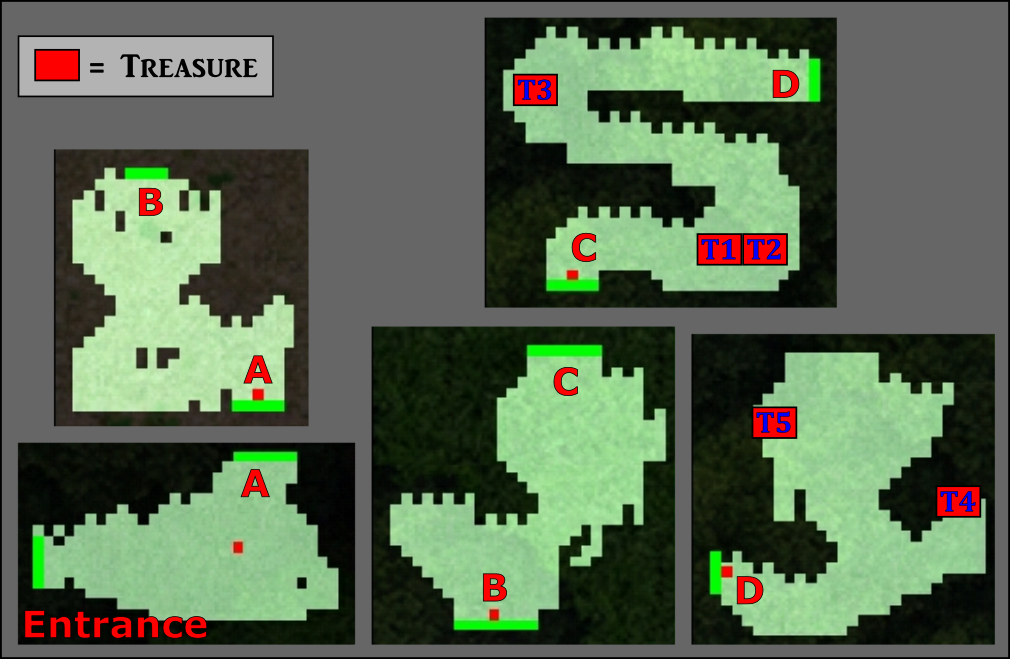