When you leave for Granum Mountain, the game cuts to a scene with the Shadow Spirit. The Shadow Spirit is also struggling to fight back all the monsters and stop the spread of the murk. As she's wondering what do, the Black-Clad Man appears. He reveals that he plucked the wings off of the Shadow Spirit's Sprites, and now he's come to destroy her tree.

The game cuts back to Izayoi and Iris. You're standing on the coast, and Sinker explains that when you need to come back, you should find his brother in Yaupon Village, south of your current location. Iris says that Granum Mountain is north of where you're standing. When you regain control of the party, go just a little bit north to reach the entrance to Granum Mountain.

When you enter Granum Mountain, you meet the Shadow Spirit - but something has gone horribly wrong with her, as she immediately attacks Iris. The Shadow Spirit has been consumed by murk, and you have no choice but to fight her!

Definitely use Dual Slash for this battle (or Heavy Strike, if you have it). Have Iris heal when necessary; otherwise use Kitty Cat Scratch. The battle's not TOO hard on Normal difficulty, but you can take some serious damage, so make sure to watch everyone's health.

After the battle, you learn the Shadow Spirit's name - Minerva. Minerva is still under the spell of the murk, but Iris is able to take care of that, and Izayoi sends the murk to Yggdrasil. Minerva tells you about a human and a spirit who showed up and attacked her, and then snuck into her tree while she was down. Izayoi wants to go after them. Minerva tells you her spirit tree is at the heart of the mountain, and then she joins your party.

At this point, you also unlock Barrel Busters Level B, and Weapon: Book.

Get the two treasures on this screen, and then go north two screens to enter the mountain.

Now you're outside, on the mountaintop. Follow the path around to the east, and enter the cave to end up on the third screen.

Follow the path all the way to the southeast to get a treasure, then go back up and take the path to the west. Take the exit in the southwest corner to reach Minerva's Spirit Tree.

Outside the Spirit Tree

When you come to the teleporter in front of Minerva's Spirit Tree, Izayoi says no normal human should be able to survive in an area like this. After the dialogue, step on the teleporter to enter Minerva's tree. 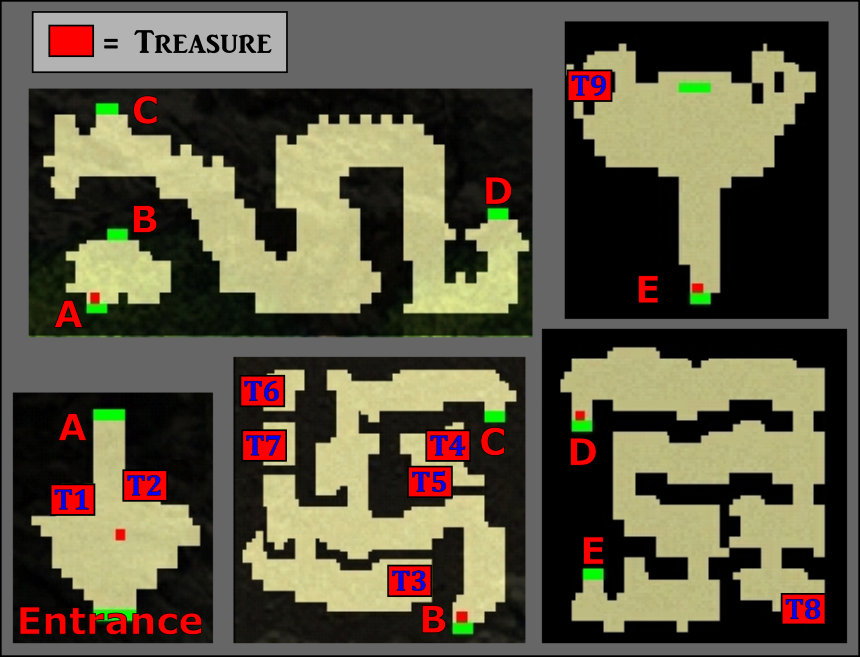