To reach Nizana Quarry, go north of the mountains by Apricus Town, then east through the woods.

After the dialogue, go north through the entrance to reach the first screen.

On the first screen, there are two minecarts. After the dialogue, walk to the southeast and go through the secret passage. Get the treasure, then go back and take the top minecart. It'll take you across the water to another treasure.

Now take the minecart back, and then take the bottom minecart to reach the exit to the second screen.

On the second screen, go north until you come to three minecarts. Take the one on the top to get down to the bottom ledge, and two treasures. Jump down the ledge. If you go south from here, there's a treasure that you can't get to without a Heavy Ring.

Follow the path to the east, and take the southeast exit to reach a side room with one treasure.

Now go back to the second screen and take the northeast exit to the third screen.

On the third screen, follow the path to the north until you come to a room with arrow tiles all over the floor.

Now go back to the main path and follow it to the east to the exit to the fourth screen.

When the path splits, go north to a secret passage. Get the treasure, then go back to the east to reach the exit to the fifth screen.

Go due east from the entrance to get a treasure. Then go back and take the path to the south. When the path turns to the north, go through the secret passage to the east to get another treasure.

Take the northeast exit to the final screen.

Go to the southwest corner to get a treasure, then go to the two minecarts that lead to the north and take the one on the right side. Go west to get another treasure , then use the Recovery point and Save your game.

Now go north to the final room for a Boss battle

When the battle starts, Adamantine Beast uses a skill that causes all sorts of abnormal status effects - the worst ones being Confusion, and Paralysis. If he gets everyone in your party, there's nothing you can do but wait for the effect to wear off.

When you're free to control your party again, use Intermittent Slash, Smackdown, Up you go, etc. as often as possible. Use Cure Matter on anyone who gets confused or paralyzed, and heal anyone if they get below half health or so.

After the battle, Iris is able to find a crystal and Izayoi says you need to get outside and find a body of water to throw it into.

Exit the Quarry and go north on the World Map. The game will take over for you, and Izayoi throws the crystal into the ocean, summoning the Water Spirit, Aqua. Aqua returns Izayoi's magic to him, and she tells you the Earth Spirit, Terra, can be found on the continent to the southeast. (You can get there by crossing a bridge that's east of Apricus Town.)

After Aqua disappears, the game pans back to Keith and Furball, who have just witnessed the entire exchange - but from quite a ways away. Keith thinks Izayoi has absorbed murk from a monster (the Water Spirit), and so he starts believing that Izayoi must be a bad guy. After this scene, you're free to move around again on the World Map.

Your next destination is southeast of Apricus Town. 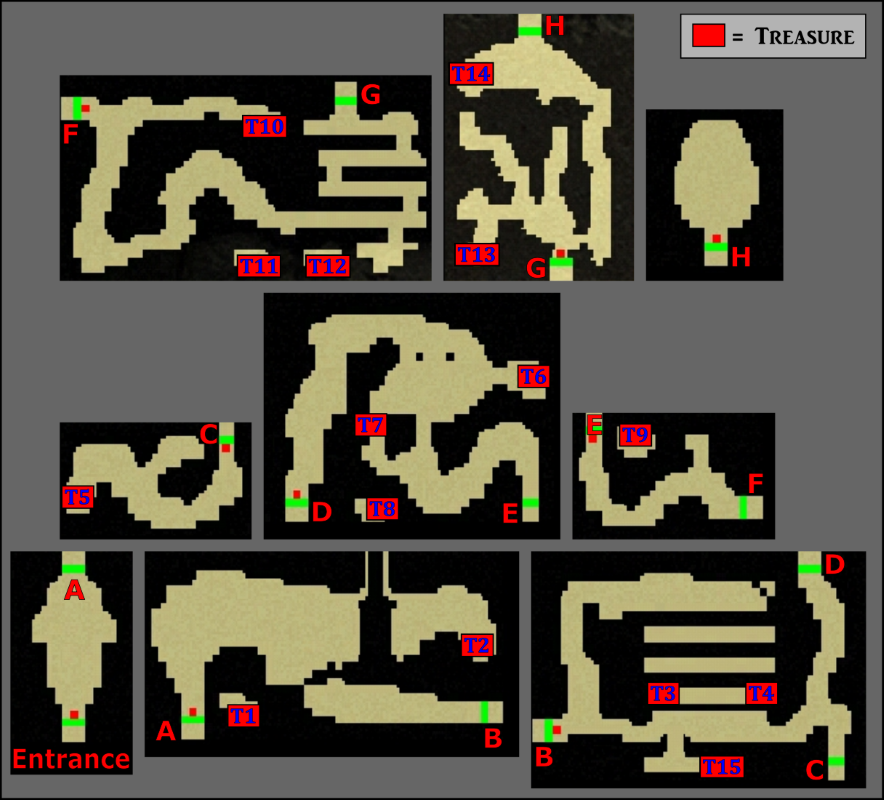