Pryia Temple is east of Atlantica, in the far northeast corner of the Undersea.

When you enter the temple this time, Kahuna and crew show up and break the seal for you.

After the dialogue, go north and step on the pentacle to exit to the first screen.

The map for this room looks crazy, and all the arrow tiles on the floor make it even more so. But, from the main room there's only two ways to go - north (which is blocked by a door) or west.

The door at the north end of the screen can only be unlocked with some sort of seaweed key, which you'll find .

Right now, go back to the main room and go west. Follow this path to the small room on the west side where the floor's all broken up. Get the treasure here, and then go southwest.

When the path splits, go south, and then go east, and follow the path that leads from the west side of the room to the east side.

Follow the path to the southeast, through the room in the bottom southeast corner. Go north from here to reach a big room on the southeast side of the screen with a treasure and a bunch of spikes across the floor. Get the treasure, and go north through the spikes.

Keep going north, until you come to a big room with arrow tiles and spikes. Go north of this room, to the top northeast corner, and get the treasure.

From the main room, go west, and follow the path back to where you got the first treasure.

Now go southwest, and then go south every time the path splits, until you reach the room in the bottom southwest corner. Go across the arrow tiles in the middle of this room to get the treasure, then go west.

Now go south to the room with the arrow tiles and the spikes, and get the treasure in the center of this room. Now go east, and take the south arrow tiles to get back to the main room, and then go unlock the seaweed door. Go through the door and take the pentacle to the second screen.

On the second screen, take the path to the west. When you get to the big room with all the arrow tiles on the floor, take the first tile that points to the right. Then go north, and follow the path all the way to the pentacle (but get the treasure in the secret passage when you come to it).

Now go back to the main path, and go to the room in the bottom southwest corner. Get the treasure, then step on the pentacle to enter another side room. There's no treasure in this room, so follow the path to the pentacle in the northeast corner.

Now you're in the northeast corner of the second screen. Get the treasure here, then go south to the sealed door. The door unlocks with the Starfish Crest, which you should have already found in the southwest corner of the second screen. Now follow the path all the way around to the pentacle in the north-central part of the screen. Get the treasure here, then step on the pentacle to get to the final screen.

Get the treasure on the east side of the path, use the Recovery point, Save your game, and then go north for the Boss battle.

I used Galaxy X, Holy, and Catastrophe, and they seemed to do alright. Although, Please stay still, Yoink, and Heavy extraction actually were a bit more powerful. Watch everyone's health, as Aqua's attacks are pretty strong.

After the battle, Izayoi is able to absorb all of the murk surrounding Aqua, and return her to her normal self. Aqua tells you that Sewald and Aerwyna should be able to help you return to the surface.

Go back to Atlantica. You can find Sewald and Aerwyna in the northeast corner of Kahuna's house, where they've prepared a pentacle for you to use to return to the surface. As you're leaving, Kahuna shows up to thank you for saving Aqua. As a token of his gratitude, he gives you a Light Ring a and Shadow Ring a!

After the dialogue, step on the pentacle to be transported to the Island Chantey.

Note: At this point you can unlock Quest 08 by talking to Pearl (north of the Items Shop). 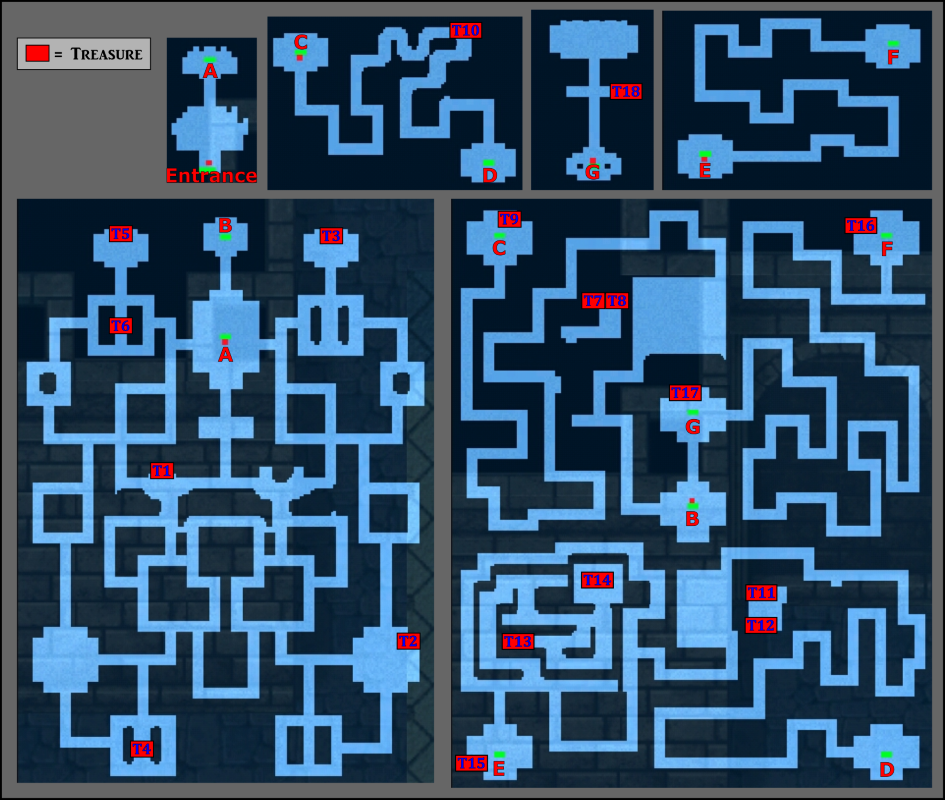