After you've eaten at Esurient's Mother's house in Avence Town, you can enter Toronko Ruins.

When you enter the ruins, talk to Esurient (the guard). He smells the scent of his mom's cooking on your clothes, and it makes him so hungry that he leaves his post (after you offer to stand guard in his place, which, of course, you don't do).

Now, take the exit to the east to get to a side room with one treasure. Now go back to the entrance and take the west exit to the first screen.

On the first screen, step on the arrow tiles and then go south. When the path splits, go east, and follow the path to a secret passage. Get the treasure, then go back to the main path and go south. Take the south exit to the second screen.

This screen has trap doors in the floor that drop you down to the basement.

Starting from the entrance, go south as far as you can, and then start going east and fall through the trap. On the basement level, go east through a secret passage to get the treasure. Now go across the arrow tiles and get the treasure in the southwest corner.

On the second screen, go east to fall through a trap door next to a row of arrow tiles. In the basement, get the treasure in the northwest corner, then go back and take the stairs up to the second screen.

Back on the second screen, go west to get back to the entrance. From here, go south one time, then take the path to the east to another trap door. Get the treasure right above you, then go through the secret passage and go north to get another treasure. Now go back through the secret passage, jump down the ledge, and go back up to the second screen.

On the second screen, go back to where you just fell through the trap door. Take the path to the south to get to a secret passage that leads to the southwest corner of the screen, and get the treasure there. Now go back through the secret passage and go all the way to the north. (Watch out for the arrow tiles, or you'll fall back through a trap you've already gone through!) Now go east until you're in the northeast corner of the second screen, then fall through the trap door that's right next to a row of arrow tiles.

In the basement, go through the secret passage in the northwest corner to get a treasure, then go back and jump down the ledge. Go through the secret passage to the south to get another treasure, then go back to the main path. Go west, and take the arrow tiles to the south, then go west again to get back to the stairs to the second screen.

You're done with the basement, but there's still more treasure on the second screen!

Then go back through the secret passage and go south all the way to the bottom of the screen. Follow the path to the west to get the last treasure in these two rooms.

Now go back to the east, and when the path turns, go due north to reach the exit to the third screen. (Again, avoid the arrow tiles!)

On the third screen, skip the secret passage at the entrance, as there's no treasure there. Go north, and you'll come to a door that's sealed by magic. In order to open the door, you need to find two crystals - one for each of the pedestals by the door.

First, take the path to the east side-room.

In the east side-room, take the secret passage near the entrance to a treasure on the far east side of the screen. Then go back to the main path, and follow it around to a Recovery point, and a Boss battle.

After the battle you get a Round Crystal. Go back to the third screen, and place the crystal in either one of the pedestals, then take the exit to the west side-room.

On the west side-room, there's a treasure way in the southwest corner at the end of a narrow pathway. To get to it you have to go over several spikes. You can either walk on them and take the damage, or if you have Wing Goods, you can use those to float over the spikes. Note, however, that Float status only lasts so long, so you may have to use Wing Goods more than once.

Use the Recovery point when you come to it, then very carefully walk to the east, and go north for another Boss battle.

Again, use your break skills and Minerva's magic. This battle is a little bit easier than the one against Demon Mothbee.

After the battle, you get another Round Crystal. Go back to the third screen, and place it in the pedestal to open the door. Now go through the door, to the final screen.

Follow the path all the way around until you get to the middle of the screen. When you come to the long row of arrow tiles at the top of the screen, you can actually walk right below them, even though you can't see the path through the wall. (But watch out for the arrow tiles on the sides of the path - if you accidentally step on one of those, it'll set you back a bit.)

When you get close to the center of the room, there's a side path to the south that leads to treasure. Get the treasure, then get back on the main path. When you come to the room in the center, before you enter, take the path to the west to get one more treasure.

Now go back, use the Recovery point, Save your game, and then go north into the room in the center of the screen.

Here you meet the Earth Spirit, who, unfortunately, is being controlled by murk.

This battle will probably take a little while, but none of his attacks are too powerful by themselves. Still, watch everyone's health and use Heal 2 if you need to.

Earth Spirt can use a skill that strengthens him against magic attaks, so pay attention and if he does, use your break skills or regular physical attack.

After the battle, the Earth Spirit is returned to his normal state. The game cuts to a short scene, showing Odium attacking the Earth Spirit. Odium somehow is able to take the Earth Spirit's power, but he's not able to kill him. Izayoi wants to track down Odium now, in hopes of learning more about the sword he carries with him. The Earth Spirit returns Izayoi's magic to him, and then he warns you that Ignus and Aqua may be in danger of being attacked next.

Next, you need to find Ignis' spirit tree, which is on Mount Ramah, on a lone island. To get there, you need to take a boat - and to get a boat, you need to go back and talk to the guild. So, your immediate next destination is back in Apricus Town, at the guild.

As you're leaving Toronko Ruins, there's a scene where Odium kills a Sprite and absorbs its magic. Then, something terrible happens - Odium is overtaken by murk (which just makes him more evil).

Back to Apricus Town

Walk back to Apricus Town, and go to the guild to see Jolie Curie. Jolie says you can have a boat, once you've met all of Maidame Curie's conditions. Jolie wants you to handle a request from the chief of Klaver Village, and bring back a letter from him saying that you completed the task. She also tells you that Bachlag Pass is closed, but not to worry, because you can take the "Maid Express."

Leave Apricus Town and go northwest to the entrance to Bachlag Pass. Follow the path to the northwest exit, to the room with minecart. This is the Maid Express. After the dialogue, go east to exit Bachlag Pass, and then go to Chief Oswald's house in Klaver Village.

Unfortunately, when you arrive in Klaver Village, Chief Oswald tells you that Keith Glory already fulfilled his request, and so he has no need of your assistance. Still, Oswald offers to write you a letter anyway, saying that you at least showed up.

While you're talking to the Chief, Iris starts freaking out. Apparently, her Spirit Tree is being attacked!

Izayoi is worried that Odium may be attacking Iris's tree right now, and warns everyone that they need to hurry and stop him. Thinking Izayoi might be hurting Iris, Chief Oswald and a couple of other townspeople try to get in the way. But Oswald realizes that Izayoi really is protecting her, and tells the other townspeople to let you go.

Once you're outside of the chief's house, leave Klaver Village and go to Folia Woods. The entrance to Iris's Spirit Tree is on the final screen. 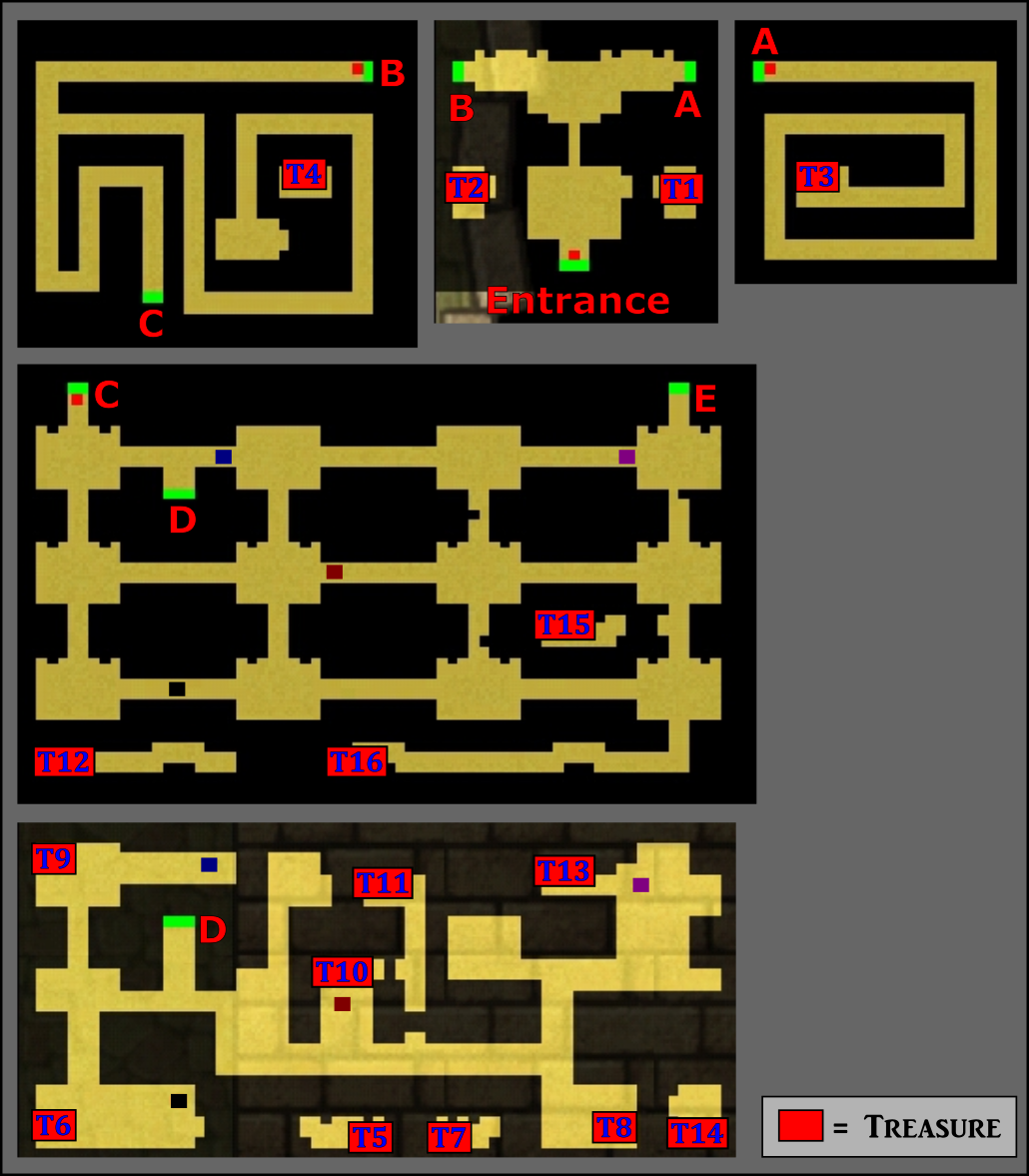 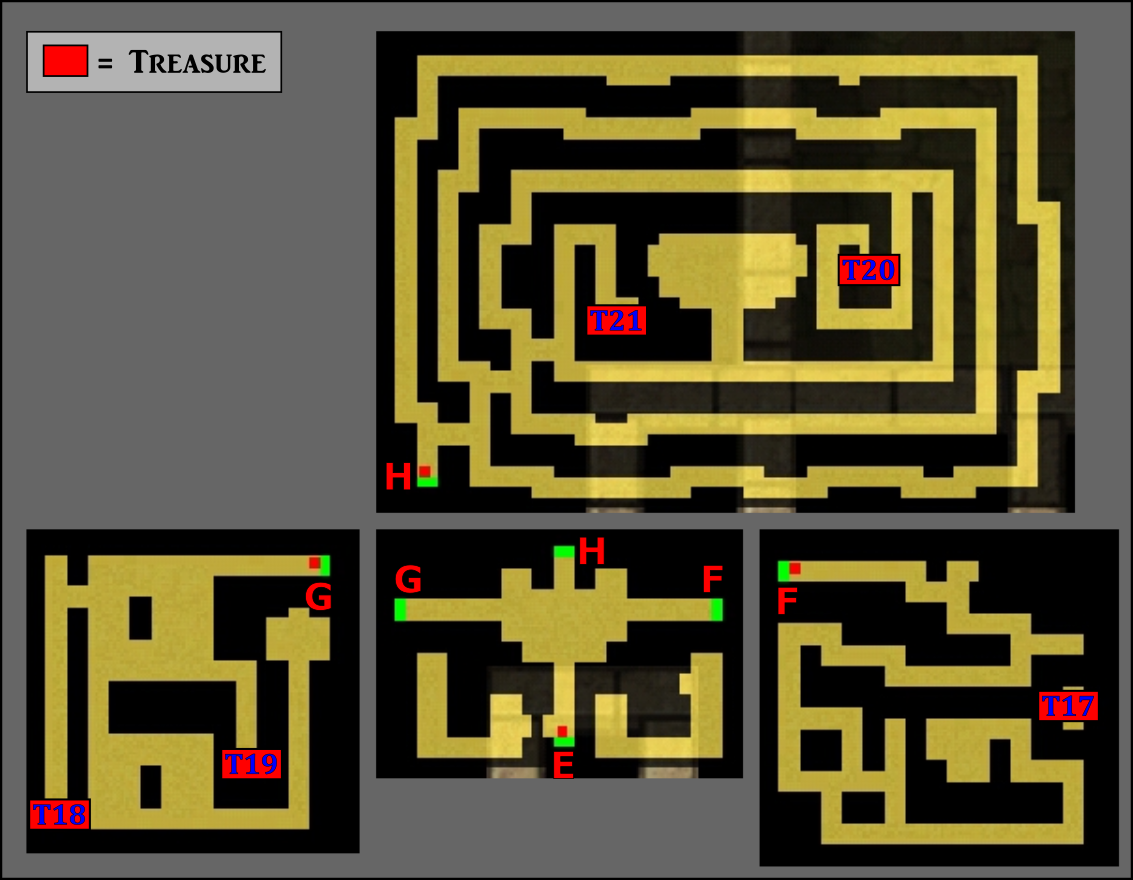