On the first screen, take the path to the north. As soon as it turns east, there's a secret passage. Get the treasure there, and then take the exit to the east.

The game cuts back to your party. Izayoi senses that the Harmony Spirit is in danger.

When you regain control, follow the path to the west. When the path splits, go north to get two treasures. Then go back and take the path to the southwest. There are two secret passages between here and the exit, and they both have treasure. Once you have all the treasures, exit to the north to reach the fourth screen.

On the fourth screen, follow the path to the northeast to get two treasures. Then circle back around and take the path to the west to reach the exit to the final screen.

On the final screen, there's a secret passage right near the entrance. Get the treasure there, then follow the path around to the southeast.

Use the Recovery point, Save your game, and then go north to find the Harmony Spirit (and a Boss battle).

On this battle, I used Heavy Strike and Gatling Punch, and I had Minerva use Needle Spike to delay his battle turn. Hazardous Waste uses Poison, which I ignored, because I could tell the battle wouldn't last too long, but if you're playing on Hard or Expert you'll need to be able to cure Poison to win this battle.

After the battle, the Harmony Spirit (Freya) tells Izayoi about Odium and Adusk. Izayoi asks Freya to join the party.

Minerva mentions that since Odium is attacking spirit trees, you should travel to all the places where spirit trees grow. Freya says you need to narrow the search to the elemental spirits: Wind, Water, Earth, and Fire.

As it happens, Izayoi previously entrusted the elemental spirits with his power in case of emergencies, so going to visit them now will also allow Izayoi to regain his divine powers.

Iris says that to find the elemental spirits, you should ask the guild. To reach the guild, you'll have to go through a pass to the southwest of Klaver Village.

After all the dialogue, go to the right side of the screen. There's a secret passage here that leads to three treasures. Get the treasure and exit Wyrt Cave.

The game cuts to Keith Glory and the Moomie. Apparently, they were teleported just outside of Klaver Village. Intent on finding the Moomie's owner, Keith heads off to the southeast, and the game cuts to a scene with Odium. There's some sort of flashback, and then Odium attacks a Spirit Tree. 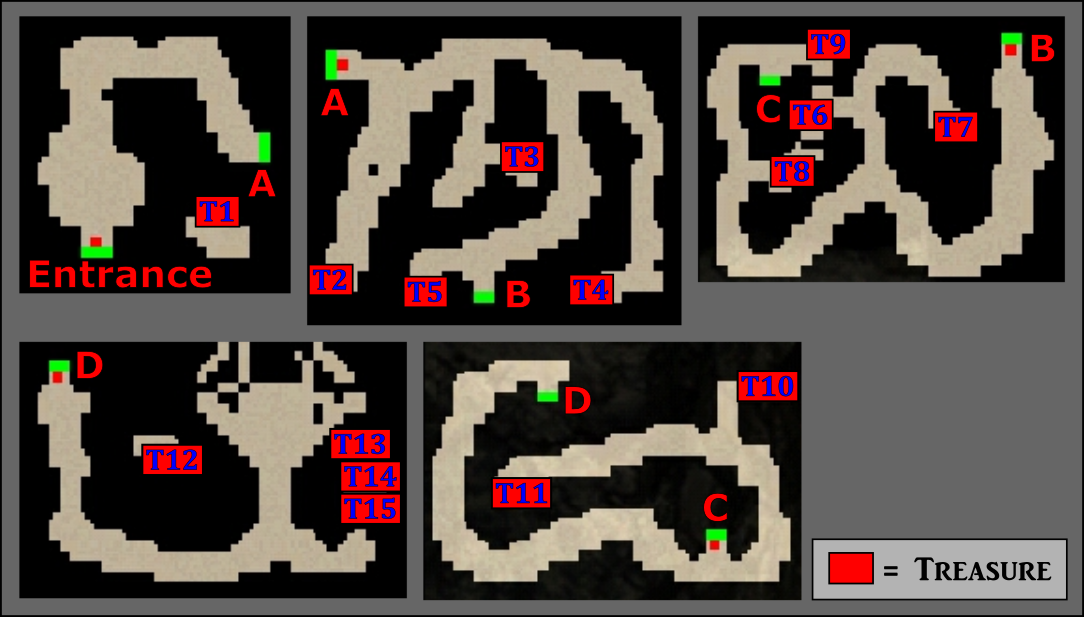