Just when you thought it was all over...

Go north and step on the pentacle to enter the first screen.

Go east, and take the exit in the southeast to the second screen. Get the treasure, then go back to the first screen.

Now go north, and take the exit in the northwest corner to the third screen. Get the treasure here, then go back to the first screen.

Take both paths to the south to get the treasure, then go north and take the exit to the fourth screen.

Follow the path to the west to the exit to the third screen. Take the second north on this screen and get the treasure.

Now take the exit in the northwest, and get the treasure in the southwest corner of the fifth screen.

Now take the exit in the northeast, back to the fourth screen. Take the path to the north, and the second path to the south, and get the treasures.

Now, take the east exit to the sixth screen, and then go south to the seventh screen.

This is one big room, with two exits on the north side and a ton of arrow tiles all over the floor.

As you approach the top of this path, there's a scene where Izayoi realizes how Adusk was born.

After the dialogue, go east to get a treasure, then west to exit to the eighth screen.

Now go back to the eighth screen and take the south-west exit to the fifth screen.

On the fifth screen, get the treasure in the northwest corner, then take the north-central exit to the tenth screen.

Follow the path to the northeast exit to the ninth screen.

Follow the path to the northeast exit to the eleventh screen.

Get the treasure on the east side of the path. Then use the Recovery point, Save your game, and go north to the twelfth screen and the real Final Boss battle.

At the start of this battle, I used Please stay still, Yoink, Catastrophe, and Mach Slash.

Adusk's Chaos Illusion does several thousand damage to each, so heal anyone who drops below 4000 HP or so.

Overall, break skills seem to be a bit more powerful than magic, but you can pretty much use whatever you want, as long as you watch everyone's health.

Shadow Corona is another good one to use here, to lower his SPD and DEF.

This would also be a good battle to use Revive Matter, and Alto Heal Pudding.

(Use Alto Heal Matter only if you're in serious danger of everyone dying.)

When he uses Dark Sphere, it causes abnormal effects (poison, paralysis, etc), so definitely cure anyone who becomes paralyzed.

After the battle, Adusk refuses to return to Izayoi.

The murk starts to grow within him, and Izayoi orders the girls to leave (but, of course, they refuse him too).

Keith's Prayer Pendant shatters, and then you get to fight Adusk again.

Deity, Adusk; Ophidian A, B, and C

First, if anyone still has any abnormal status effects, take care of them.

Adusk has four parts, but the only two I could get names for were Deity Adusk and Ophidian A. As near as I can tell, the Ophidian and other appendages only seem to use Bite or some type of breath (like Poison Breath, Confusion Breath, etc.), but Adusk himself is just as nasty as the last time around, if not worse.

This would be a good battle to use your Maid's Tincture, to fully revive and restore all characters.

I used a lot of AOE skills, but I also wanted to work on killing off the Ophidians, so I first targeted Ophidian A, B, and C.

At some point in all this, another appendage joins the battle - the Thorax (which captured Izayoi, and held him there until I defeated it).

Finally, when the only one left is Deity Adusk, hit him with everything you've got. I used Mach Slash, No you don't, Shadow Corona, Machine gun fist - and about that time, Adusk used Reincarnate to bring back the Thorax. (So, back to killing the Thorax, and then back to Adusk.) Any time he uses Chaos Illusion, use an Alto Heal Pudding, and the rest of the time just keep everyone's health above 75% or so.

Once you finally beat Adusk, Izayoi apologizes for having rejected the murk. He asks Adusk to return to him, but Adusk is still obsessed with granting Odium's wish.

Izayoi asks Adusk to see the rest of Asdivine first, all the humans and spirits and everything else, and then if he still wants to destroy it all, he can challenge Izayoi again. Adusk agrees, and returns to Izayoi.

I'm not including any information on the next scene, because it would just give too much away. Suffice it to say, it's pretty incredible.

You have now achieved the Normal End - A Deity's Legend. 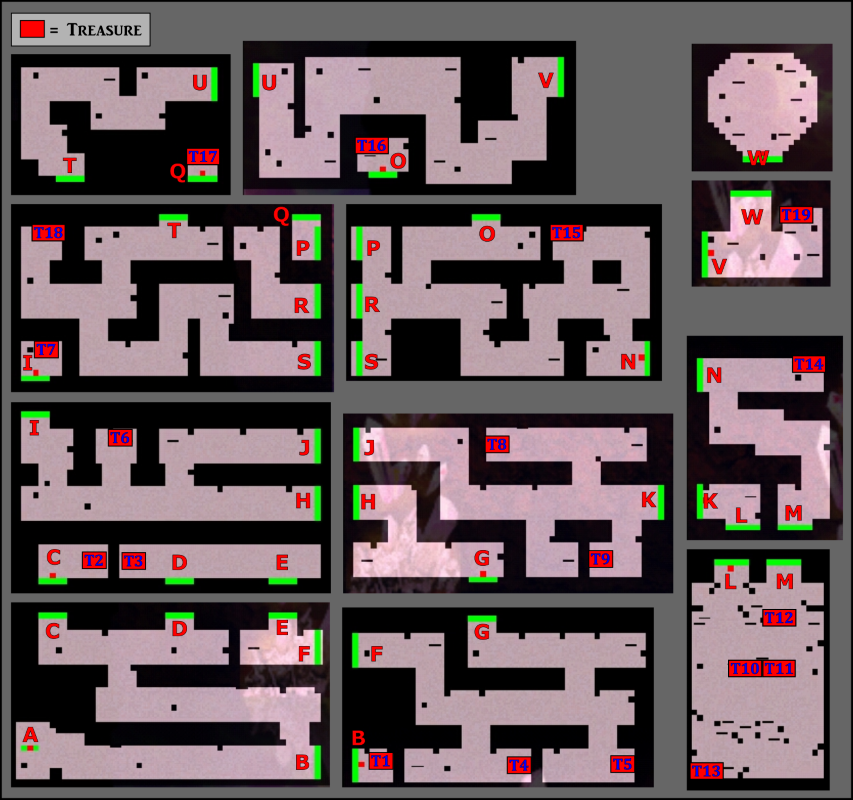