To reach Yggdrasil, fly to the island west of the Guild Camp and land on the southern tip of the island. Then walk northwest to enter the tree. Go north and take the pentacle into Yggdrasil.

This, and Yggdrasil - Heart (the dungeon immediately following) are both incredibly complicated. I've done my best to help you navigate these dungeons, but the dungeons are so crazy that unfortunately the directions may be a little confusing at times. If you ever get lost trying to follow these directions, your best bet is to simply ignore them, and consult the Map.

When you enter Yggdrasil, the game cuts to Odium and Adusk. Adusk summons more monsters, and Odium says now the towns will all be attacked. On the World Map, monsters attack all the towns - but the guild is waiting for them, and fights them all off.

The game cuts back to Izayoi, who senses that Odium has unleashed monsters the likes of which have never been seen before. Now, it's time to go find Odium!

Now go north, and follow the path to the exit to the second screen.

Go east, and go up the second set of stairs. Go to the east to get a treasure, then go west and take the path to the north.

In the northwest corner, there's a Moomie. Talk to the Moomie and feed him some bread, and he tells you to follow him.

The Moomie appears in the northwest corner of the screen. Follow the Moomie to reach the fourth screen. (If you take the path on the right it just brings you back to the start of this screen.)

When you enter the fourth screen, go just a little bit north and you'll see Adusk step on a pentacle. In the process, he scatters his powers, and now you have to find them, or you won't be able to use the pentacle.

There are four exits from this screen. Take the path to the exit on the west side. Use the Recovery point, Save your game, and then exit to the north to a Boss battle.

If you're playing on Normal difficulty or below, this battle is a joke.

I used Machine gun fist, Mach Slash, Catastrophe, and Please stay still, and I was able to beat Gaia Beast in two rounds.

After the battle, Izayoi takes the crystal that was left behind and turns it into Heaven Bagh Nak (Iris' ultimate weapon)!

Get the treasure in this room and then go back to the fourth screen.

Now, head for the exit on the east side of the room.

Enter the side room here, use the Recovery point, Save your game, and then go north for another Boss battle.

This is another simple battle.

Another Please stay still, Machine gun fist, Mach Slash, Catastrophe combo, and Wind Moomie went down in two and a half rounds.

After this battle, Izayoi turns the crystal into Minerva's ultimate weapon - Zodiac Chart.

Get the treasure here, and then go back to the fourth screen.

Back on the fourth screen, start heading for the northwest exit. But before you get there, there's a place where the path splits, and there's a path leading to the northwest corner of the screen. Take that path to get a treasure.

Now take the path to the northwest exit, and enter the side room there.

Use the Recovery point, Save your game, and then go north for another Boss battle.

This guy certainly looks a lot more intimidating than the previous two bosses; however, he's still not that big of a challenge.

All my break skills only did about 1/2 to 2/3 the damage on Ignis Dragon as compared to Gaia Beast and Wind Moomie, but Galaxy X and Holy worked pretty well.

One warning: Ignis Dragon's attacks do a TON of damage. Make sure you watch everyone's health (unless you know for a fact that the next hit is going to kill him.)

After this battle, Izayoi turns the crystal into his own ultimate weapon - Excalibur.

Get the treasure here, and then go back to the fourth screen.

Now head for the northeast exit, but when you get there, go west to get another treasure.

Now, use the Recovery point, Save your game, and then go north through the exit for another Boss battle.

This is the final battle to recover Adusk's power, and unlock the pentacle.

(And like the other three, it's not that hard.)

This guy seems to be about as strong as Ignis Dragon.

Watch everyone's health, and use your break skills every turn.

After this battle, the pentacle on the fourth screen is working again.

Get the treasure here, then go back to the fourth screen and take the pentacle to the fifth screen. 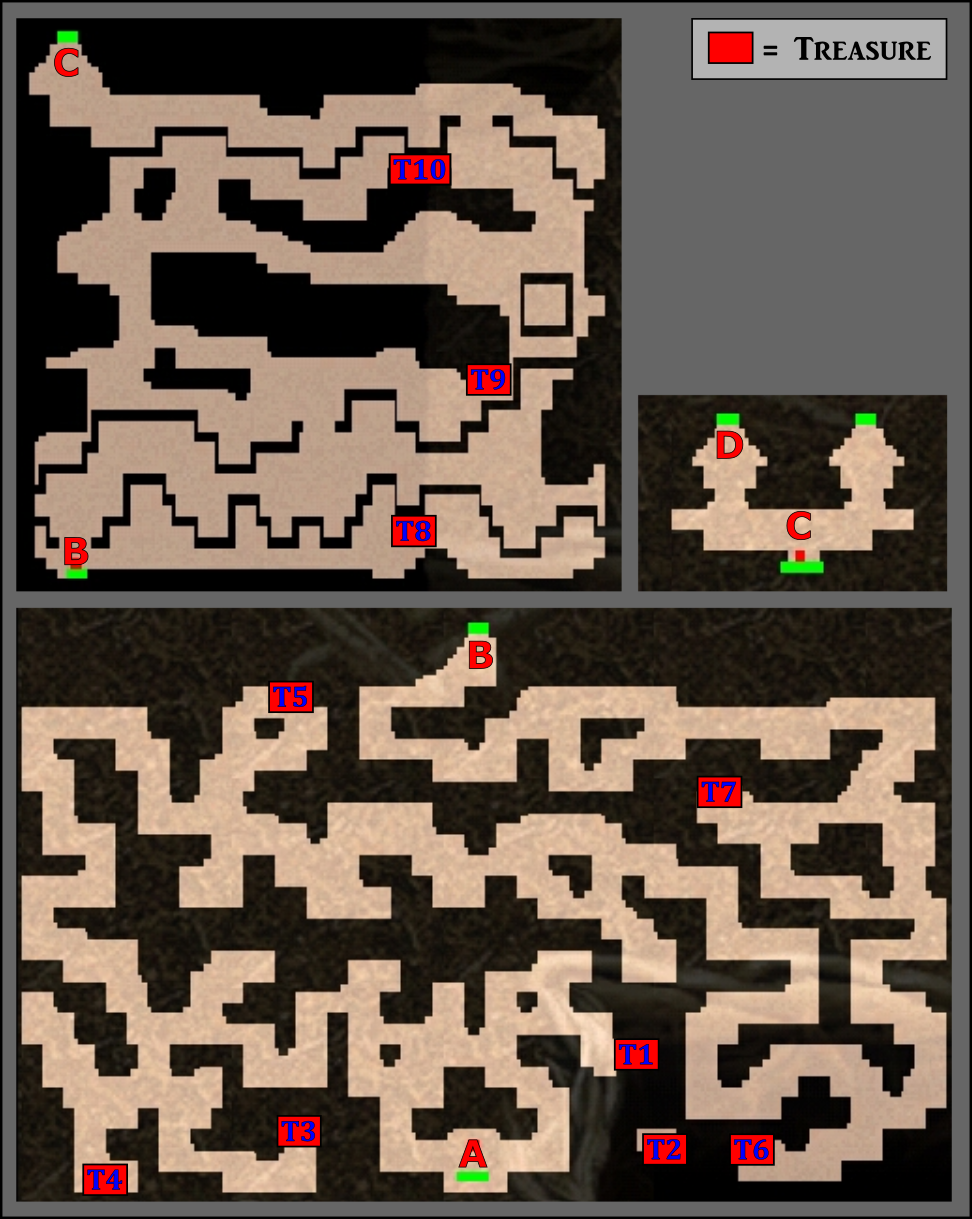