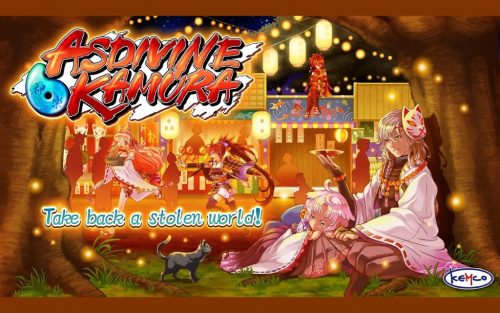 There is 1 review for 'Asdivine Kamura'.

A Return to Form from the Disappointment of Asdivine Hearts 2

Gameplay: Weapon upgrading/synthesizing is a lot less frustrating than previous Asdivine titles or past EXE Create RPG’s thanks to the reforging system, in addition you don’t have to worry about needing Deletion Fossils to delete unwanted garbage weapon effects or worrying about getting stuck w/a weapon that has garbage added effects
Story: The story is pretty hilarious in a good way, it also shows how the various Asdivine games are tied together
Battle System: I like the formation/pattern system here in Asdivine Kamura, it reminds me of formations from AH1, also appreciate the ability to increase battle speed up to x3, it makes battles far less tedious than previous Asdivine games
Controls: This is a no-brainer since I played this on PS4, on mobile YMMV
Skill System: Both Character Specific Skills and Magic are equally useful for combat here in Asdivine Kamura, unlike AH2 where Magic and Magic Unisons were pretty much all you ever needed to get through the game. Sadly Trust Charge Skills, which are a staple of the Asdivine Series, got axed in favor of Harbinger Arts for this game [though TBF, Asdivine Dios and Menace didn’t have Trust Charge Skills, however.]