As soon as you enter Niente, Izayoi is able to rescue Jane. Izayoi casts a protective barrier around Jane, and then says you need to get moving right away.

On the next screen you come into, in the middle of the screen there are four pentacles, however, at the moment none of them are working. At the end of this screen, there's a barrier in front of the exit that can only be destroyed by the person who created it.

After examining the barrier, the four pentacles in the middle of the screen are now working - and each one leads to a Boss battle. Go through the one in the top left corner for your first battle.

Any time you're up against a dragon, you know it's not going to be a fun battle.

On your first turn, do whatever you can to lower his parameters, and/or raise your own.

Make sure to keep everyone's HP high - especially Ratona (for some reason the dragon likes to pick on her.)

Any time he uses the skill Grow Up, it raises his parameters by 2, so be sure to watch for that and be ready to bring them back down.

Use all of your strongest skills, magic, unisons - anything you've got.

And make sure you keep everyone's HP high! (Like 75% or higher.)

After the battle, you get Excalibur (which, at this point in the game, probably is not all that impressive) - and the barrier is partially weakened.

Now, get the treasure, then go back to the top screen, and take the pentacle in the top right corner to your next Boss battle (but first use the Recovery point to restore your HP/MP etc.)

The first skill this guy uses if Paralysis Wave.

If he's able to paralyze everybody, you could be in trouble. But as long as Ratona is okay (and Heaven Help Us is a high enough level), you can easily remove Paralysis on your next turn.

At this point, I was pretty much using my skills exclusively.

(About the only magic I used was healing, so I don't have a lot of information on effective magic or unison attacks.)

I really liked Queen of the Night, Mysterious Dance, Me wants that!, Taste this!, Feel my anger!, Mach Slash, and Heavy Strike. But, even skill choice really depends on how strong your skills are and what you're most comfortable with.

What really matters, again, is to keep everyone's HP high, and to use your strongest skills or magic.

This guy is nowhere near as strong as the Ancient Dragon.

Your reward for this battle is Masamune, which goes to Litany. (Again, it's probably not worth using at this stage of the game.)

Get the treasure on this screen, then go back up and take the bottom right pentacle.

For such a cute little guy, the Demon Moomie really packs a punch.

Demon Moomie uses Mini Breath, which does a ton of damage, and has the potential of turning one or more your party members into gnomes.

Note that if you get turned into a gnome, you cannot use skills or unisons, and your physical attack will be a joke. The only way to cure this is to use a Growth Mushroom or Heaven help us!

I used Ratona's Taste This and Noelle's Me wants that! to keep most people's HP high, and had Izayoi mainly use Mach Slash, and Litany use Queen of the Night.

The other skill you need to watch out for in this battle is Terra Voice. It can cause confusion or sleep on one or more party members.

If Ratona gets confused, just have someone use a Cure Matter on her, then on her next turn use Heaven Help Us to remove everyone else's status effects.

The worst part of this battle is dealing with all the status effects; Demon Moomie is actually not that strong of an enemy.

After this battle, you get Teddy Luxpin, which goes to Noelle.

Get the treasure, go back to the Recovery point, then go to the bottom left pentacle for the fourth and final Boss battle.

Temptress Violet uses a skill called Ultra Vacuum, which takes points off your BP gauge. If she's able to take off enough points, you may not be able to use all of your favorite skills, so use the expensive skills early on to make sure you get a chance.

If you have I smell danger!, it does x1.5 damage to single targets, so it may be worth using in this battle.

The skills I used the most were Mach Slash, Noelle wants more!, Taste this!, Feel my anger!, and Queen of the Night.

(Until everyone's BP gauge was too low, then I used Death Slash, Face Smack! or Me wants that!, Head strike!, and Rhododendron.)

If you prefer, you can also use magic and unisons, but I basically just stuck with skills.

After this battle, you get Wizard Rod, which goes to Ratona.

Also, once you've completed all four battles, the barrier breaks and you're able to go through.

Get the treasure in this room, go back to the Recovery point one last time, and then go through the barrier. 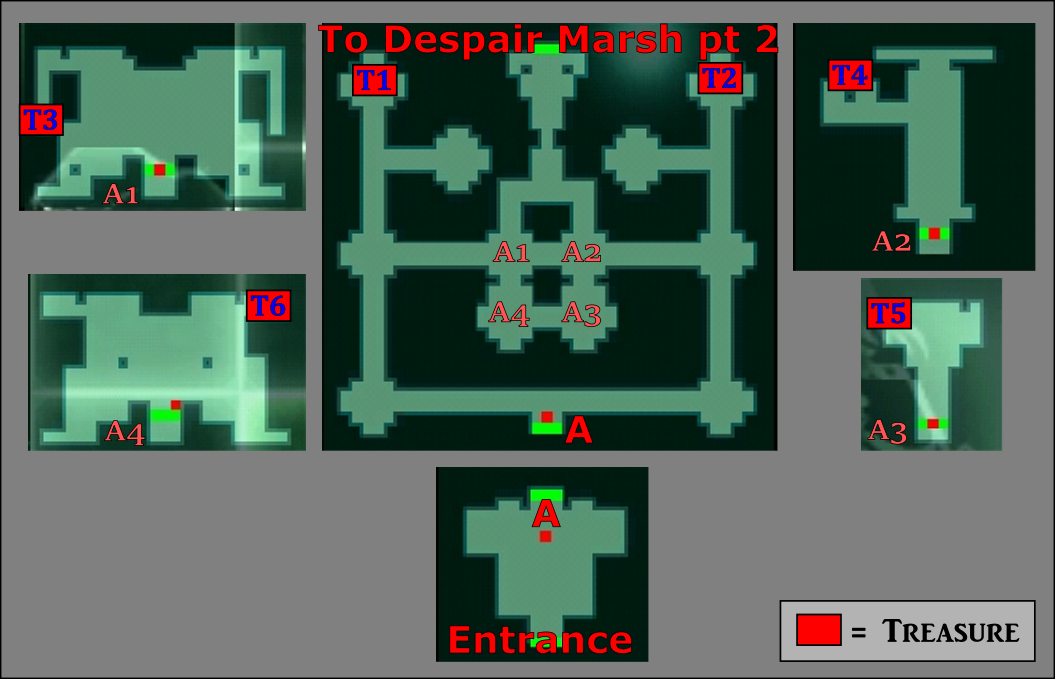