The first two screens in here are pretty straight forward.

On the third screen, there's a whole area right at the entrance that's blocked off by arrow tiles (so if you don't have a Heavy Ring, you have to go all the way around). Once you do get back around to that point, there's a Boss battle against Alex.

Conjuror Alex has a skill called Shining Tempest, that does a ton of damage and nullifies all parameter effects (so it may not be worth trying to raise your parameters for this battle.)

I used a lot of Mach Slash, Me wants that!, Queen of the night, Taste this!, plus the occasional Mysterious Dance, and I smell danger!

I did not use any magic or unisons in this battle (frankly, I didn't use much magic throughout the entire game, except occasionally to heal someone or to lower an enemy's parameters).

After the battle, Jane comes in and stops Alex from fighting anymore.

Alex tells Jane that he wants to go home, and she says she'll take him there.

Alex tells Izayoi he's sorry, and Jane says if it's at all possible, to please save Nemesis. Then she gives you the crystals you used to protect her, along with Jane's Charm (which does not appear in your inventory, but which will be used automatically in the next battle.)

Once the dialogue ends, go north a bit until you come to another secret passage, connecting you to the right side of this room.

Follow the path through here to get all the treasure, and when you're ready, exit this room to the north.

The next screen you come to is NOT easy, or straight forward. It's a large room, and the floors are covered with arrow tiles, so you'll have to move very slowly and deliberately if you want to find all the treasure here.

When you finally reach the end of this screen, step on the pentacle to be transported to the next crazy screen.

On the first screen here, there are two exits that both lead to side rooms with treasure. Once you've been through both side rooms and collected all other treasure in this room, take the exit in the north.

On the next screen, you'll face Nemesis, so after you step on the pentacle make sure you're ready for this battle (and be sure to Save your game). 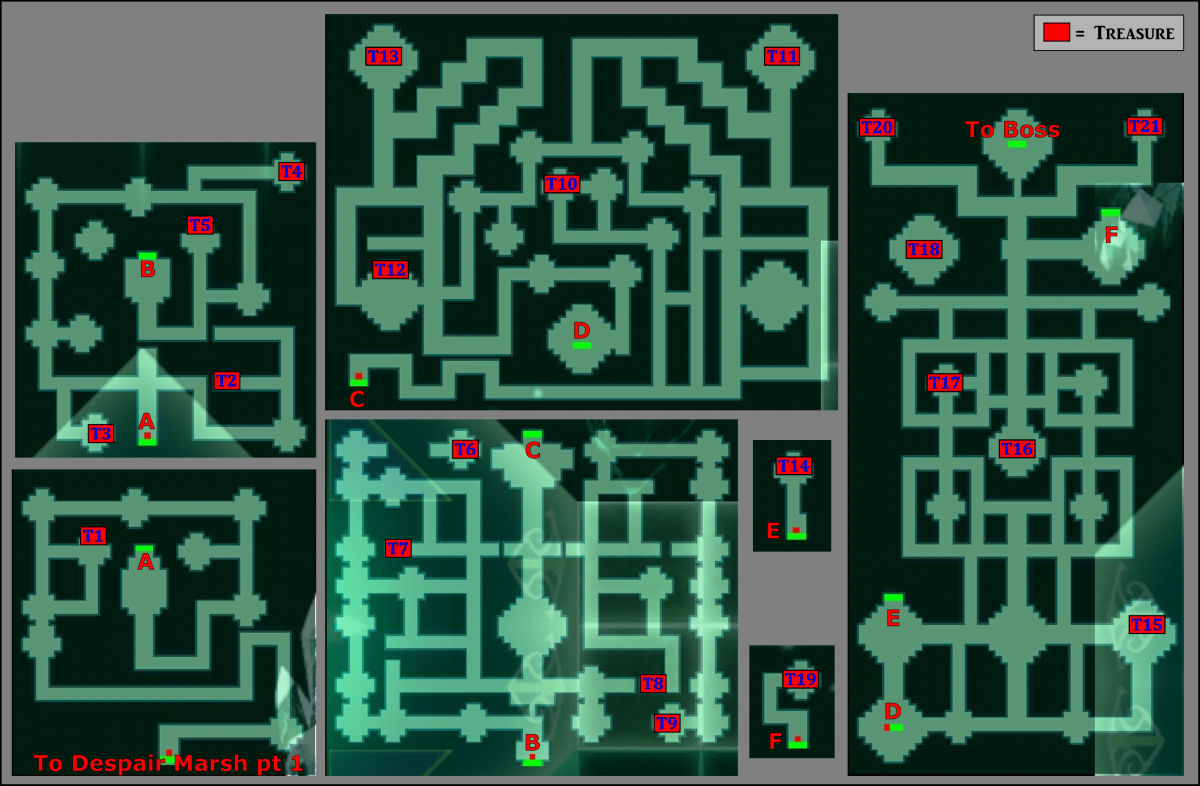