When you enter the ruins, the ground starts shaking. Izayoi says perhaps Gaia is fighting deeper within the ruins.

When you come to the room with all the arrow tiles and the spikes on the floor, you pretty much have to follow the arrows (unless you have a Heavy Ring).

On the next screen, there's a Boss.

The only hard part about this battle is that there's 3 enemies.

No single one of them is really that hard, so just attack them one at a time with whatever skills or magic you want, and watch your HP and keep it over 50% or so.

Since they're Void-based, no particular magic is strong against them (and honestly most of the time, regular magic skills won't be that strong anyway); however you may find that the right combination of unisons could be effective.

I used my strongest attack skills, and had no problems defeating these guys.

After the battle, Noelle sublimates the murk (and is quite proud of the fact).

Izayoi says to keep moving, then the game cuts to a scene with Gaia.

After the scene, continue exploring the ruins.

After several more screens, you finally find Gaia. (And you get to fight another monster.)

This guy's roar can cause all sorts of abnormal status.

Most of them you can handle with a Cure Matter or Ratona's Heaven Help Us (if it's a high enough level).

If he manages to paralyze or confuse your entire party, then things could get ugly.

(But even then, as long as one person can at least use a Cure Matter, you should be alright.)

As usual by now, just use your favorite skills or magic.

This guy has a ton of HP, but most of his attacks aren't too bad as long as you keep everyone's HP up.

After the battle, Noelle collects the murk and gives it to Gaia.

Noelle tells Gaia that she wants to help him, just like he helped her a long time ago. She can't remember him helping her when she was in human form, but she can feel that he did. She insists that she must now help Gaia, but Gaia tries to act like he doesn't know what she's talking about, and instead of responding to her he goes off in search of the black amaryllis.

After the dialogue go north through two more screens, and you'll find Gaia and the amaryllis. Gaia is unable to even touch the amaryllis, let alone to dispel all the murk it's creating.

Izayoi touches the flower, and has another vision of Nemesis. This time, the other deities are in the vision as well, trying to stop Nemesis from destroying their worlds. And then you find out just who Nemesis has been talking to in these visions...

After the flower disappears, the girls insist on going back to the Inn at Moomie Village. (But first, get the treasure that's right next to you.) 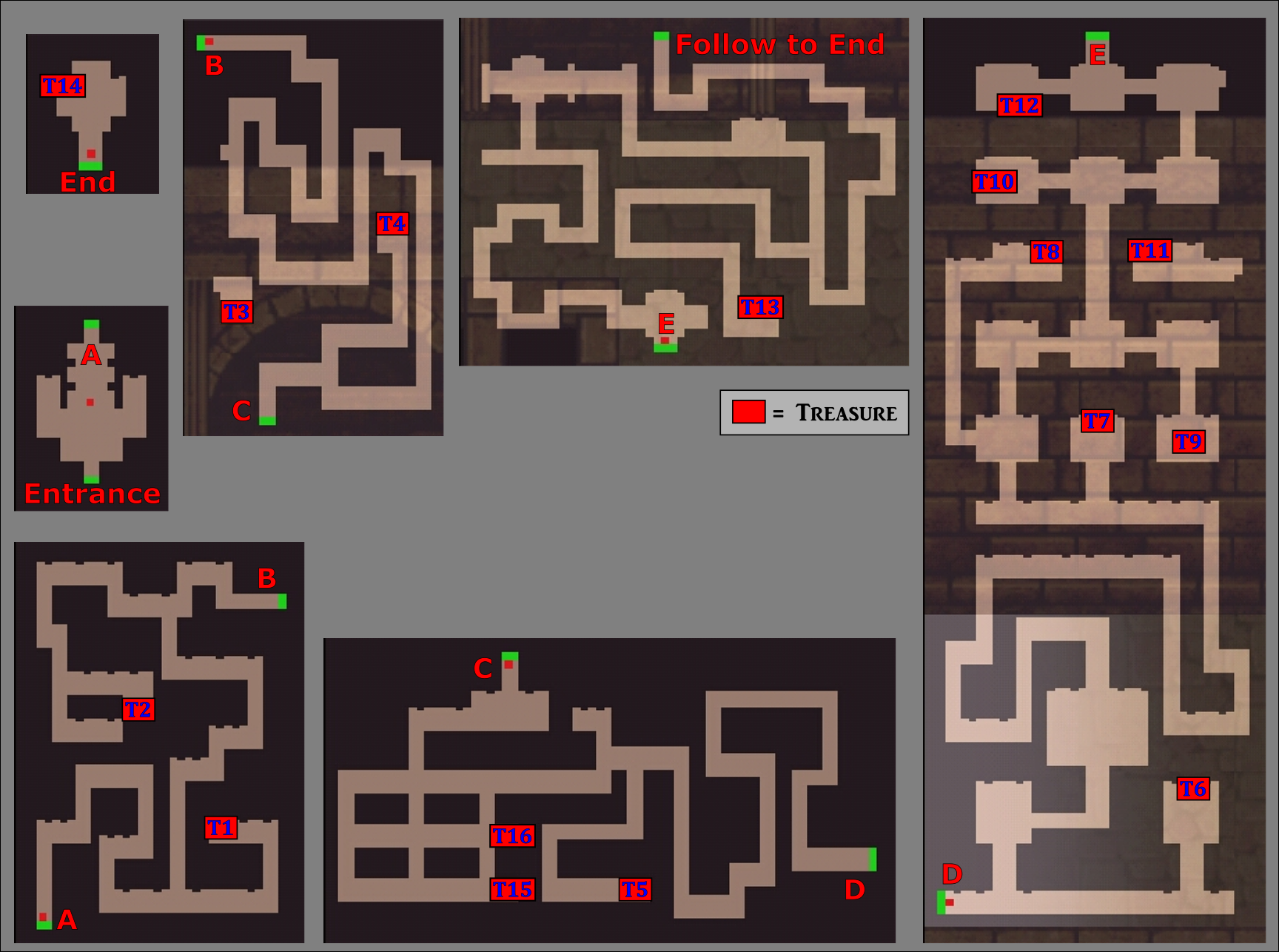