At Galaxy Bridge, walk toward the center, and Izayoi opens the gate to Niente.

When you enter the gate, Izayoi says Nemesis is in a deeper part of the dungeon than before. After the dialogue, step on the pentacle in front of you to enter Murk Abyss.

If you have the Maid Weapons, the random encounters in here will be nothing. (And if you don't, go back to Forgotten Village and get them already! You won't be sorry.)

On the second screen in here, there's a barrier blocking the exit. If you found the Crystal in the treasure chest, you'll open the barrier right away. (If not, you have to go find it first.)

After you go through the barrier, the next screen is actually pretty crazy. There are numerous exits from this screen, and some of them lead through a few additional screens leading to more treasure.

The one you want to take to keep progressing through the dungeon is in the north of the screen, behind a secret passage.

The screen after that one is pretty straightforward. There are a lot of spikes on the floor, but you can either use Dust Wing to float over them, or just restore your party's HP every time you cross one.

The screen after that one has arrow tiles, so if you don't have a Heavy Ring, you could have a bit of a hard time there. There are also a few secret passages here, that you have to go through in order to keep progressing through the map - but they're all easy to spot. The blue pentacle in the northeast corner is the way to the final screen.

When you finally get to the last screen, Nemesis is there. She's been so affected by the murk, that she begs Izayoi to destroy her. After the dialogue, you get to fight.

Nemesis Menace is also "joined" by Ophidius A, B, C, and D.

If you kill Nemesis in this battle, you won't get the True End!

In order to save Nemesis (and win the battle), simply defeat the four Ophidius.

You'll probably want to use skills that attack in a column.

Again, with Maid Weapons equipped, this battle was incredibly easy.

The only hard part is that Nemesis causes a LOT of abnormal status effects, so if you're not prepared for that, it could affect how long it takes you to win this battle.

After this battle you get the True End, and have completed the game. Now, all that's left is the bonus material. 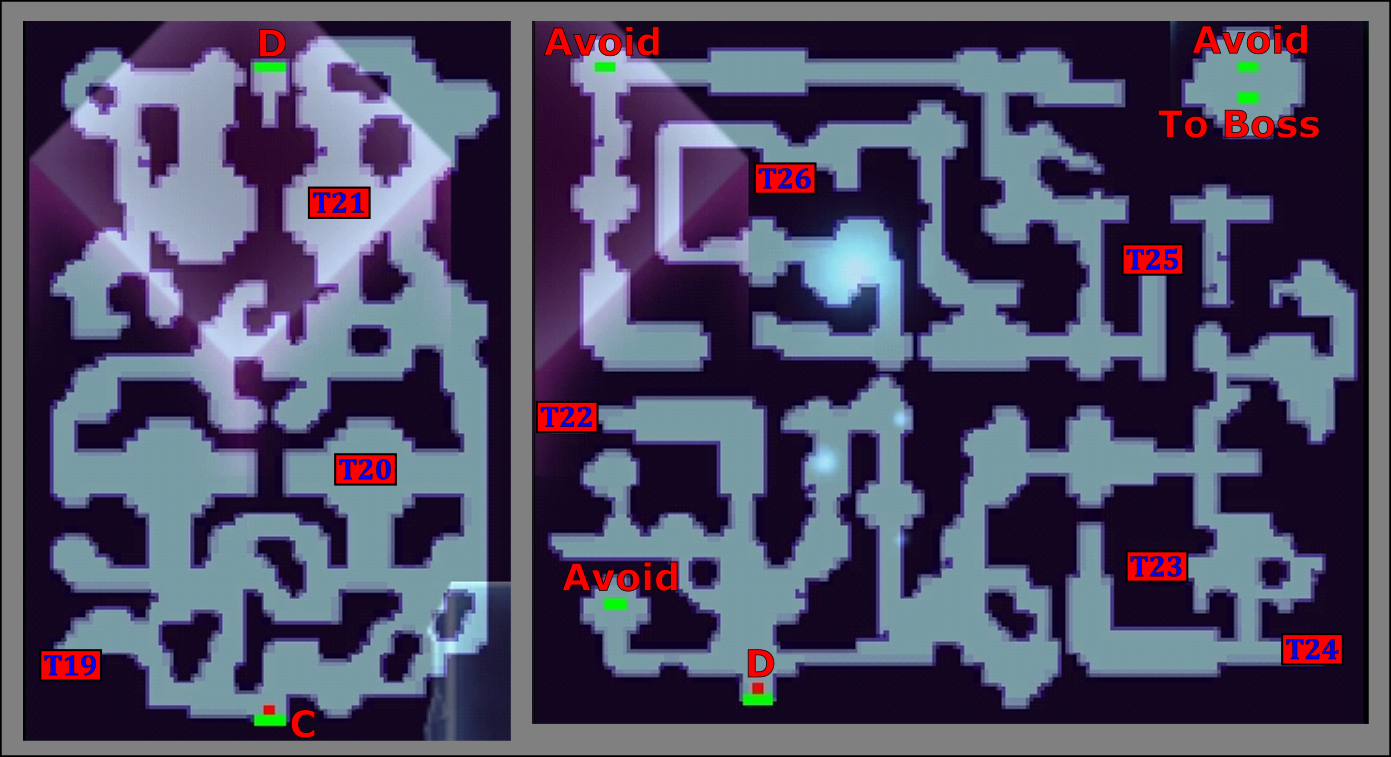