There are 15 floors that become progressively challenging. The last floor has a Boss and Treasures that all respawn. You just gotta trek through the dungeon each time from the beginning to reach the Boss Room.

There aren't near as many treasures in this dungeon as the Labyrinth dungeon. This dungeon is mostly created for farming mats. The enemies drop more than what they normally do during the game. There are Mining spots everywhere!

The majority of Treasures are "Fruits."  There are only a handful of puzzles. The dungeon has 15 floors. A big Boss awaits you on the final floor.

A few of the possibly difficult challenges have screenshots or vids.

Killing Two Birds with One ... Pot

When the "bird" steps on the Switchpad, the spikes will lower into the floor.

Grab the pot and set it on the next Switchpad.

Another "bird" will appear. Grab the pot again.

Go through the door (with the pot) when the 2nd bird steps on the Switchpad.

Place the pot on the 3rd Switchpad to lower the spikes into the floor so you can leave the room.

The treasure guardian/dungeon boss requires a lot of damage since he has considerably high HP. He doesn't seem to do much damage. (My team had really high armor reinforcements, so that has to be taken into consideration.) In return, he gives a whopping 90K in XP points!

The six treasures he's guarding are not what you think they may be. Six treasures that are BLUE when all other treasures were red up until now. Maybe something really amazing? Two treasures for each party member?

Nope. Not at all. A different kind of "Fruit" is in each Treasure chest. No matter, take the battle spoils as a token. The real prize was the XP you earned from slaying the Ancient Evil Dragon. 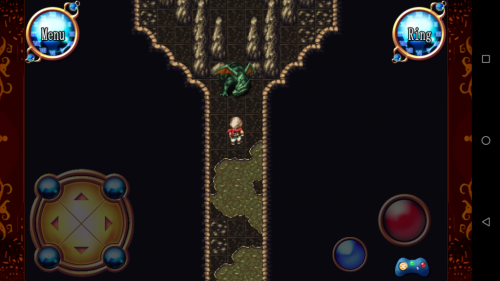 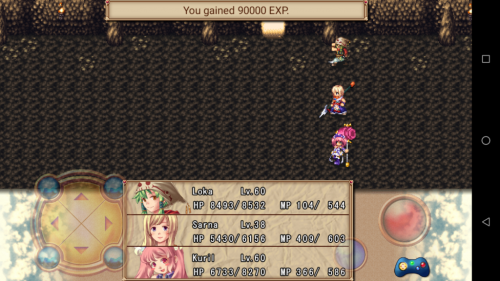 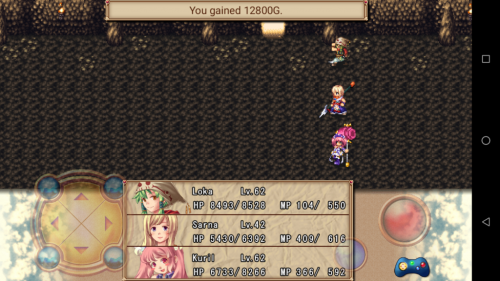 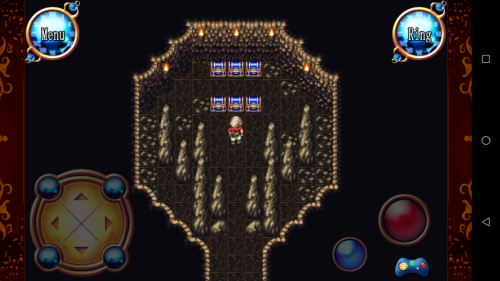