At the Guild in Gozless, you will be given two Quests to defeat those Devil Panchos the weirdo kid seems to like.  These are locations in Gozless Path where you will find them.

This is where the Red Devil is located. The tree path behind Loka leads to the eastern side of the mountain.

The Pancho enemy isn't there bouncing around like he will be when you see him. I didn't know it would be the Red Devil when I happened upon him, so I couldn't screenshot him there before the battle.

EDIT: Took two screenshots of the Red Devil when I played the game again. 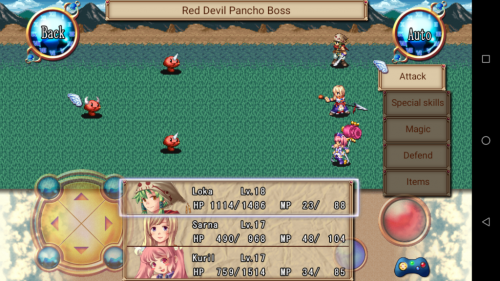 This is the location of the Blue Devil. See him just standing there? The special monsters we seek for Guild Quests do not scurry around on the screen like enemies normally do. Instead, they just sit there. They don't move. Also, they are in a location they previously were not.

Sarna's strong ice attacks will be ineffective, but Kuril will do some damage. 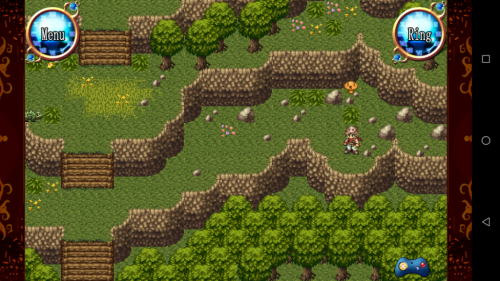 Notice the "devil" we seek has two horns on his head as opposed to one horn like the others have.

The Red Devil is the same way. I just didn't realize what I was battling until the fight was finished and the banner flashed for the Red Devil Quest being completed, so I didn't get a screenshot.

But the Red and Blue Devils look exactly alike, except the Red Devil, is well, you know, red. The boss battles with the devils are the same, too - with two Panchos of the same element on the front line.