The Gozless Guild Master does not give you this Duty right away.  Once you complete Leviathan Cave the first time (with Zars and Geppel), then this Quest will unlock. Return to the Guild to ask for the new Quests.

I believe the other Quests the Guild assigns you do not all have to be complete in order to get the second set of Quests. I'm not 100% sure. The first set of Quests are #17, 18, and 23-26. Duties #19-22 are the second set you receive, and that's the set that has the Giant Sea-Serpent Quest. 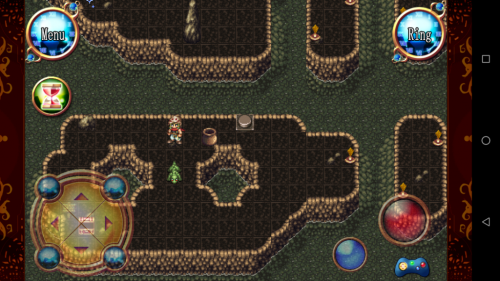 This is where the mini-boss is located in Leviathan Cave. It is the third screen, and to the right is where you found Kurius. 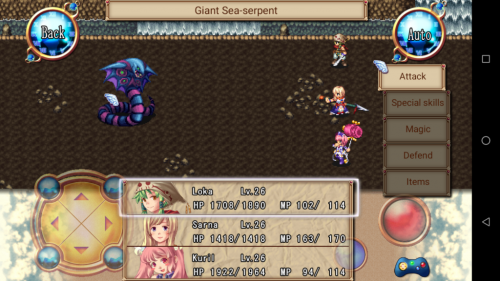 This is he. I think his colors are beautiful. He'll end up as a lovely pair of shoes!

The Serpent is strong against "Ice" and "Freeze." If Sarna doesn't have anything to do on her turn with Magic, she'll have to make a regular attack. The Serpent is very weak against Thunder.  "Flash Thunder" and the Tina Technique will do some insane damage to the Sea-serpent. The battle will be over in a few rounds. When it is, you will collect BIG!

2300 EXP
590G
Magic Ice Stone
(Plus 1500G from the Guild)
...and these wonderful snakeskin shoes! (Caveat: You have to make your own shoes. Our fashion designers are now retired.)

These boots are made for Walkthroughs. And that's just what they'll do.