This is one tough bird! My team went in there at Level 30 and no Class change. Nobody died, but it was a struggle to stay alive. 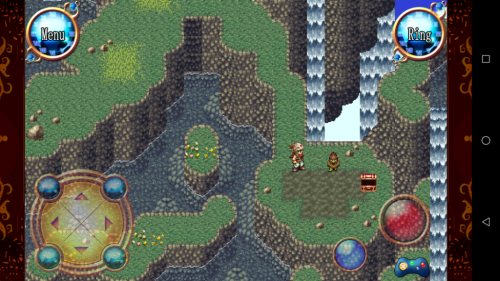 This is the location of "Monster Bird Gilmoth." Remember, any suppression of a single boss-type enemy for a Duty will never be moving around on the screen like usual enemies do.  They just sit there.  And wait. 😥 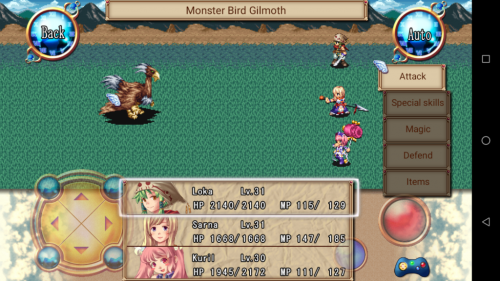 As usual, with strong boss enemies I always start off with the same buffs and debuffs.

For the next round, the team used all Magic skills. That way, they got the Technique boosts.

Monster Bird Gilmoth is strong against Fire, but he's even stronger against Physical attacks. That really leaves Kuril at a disadvantage. She has to do something, so let her keep using Fire. The enemy is moderately strong against Thunder. Although, Loka will do sufficient damage with "Flash Thunder."

Sarna may not have a chance to attack. If she does, have her use "Freeze Wind."

The enemy hits uber-hard. His single attacks against my team were 600 (±200). He uses a poison wind attack that strikes the entire team for 200-400ish each. Sometimes, you have to heal every round. It's unlikely you will do three rounds without any prior healing.

Sarna will be busy with healing, so make sure her attacks are something you don't depend on for this battle.

The battle takes a little bit of time. Just keep an eye on your HP, and you should be okay.