Put Pegoo in your party here. You'll want him with you in the Forest of Illusions. 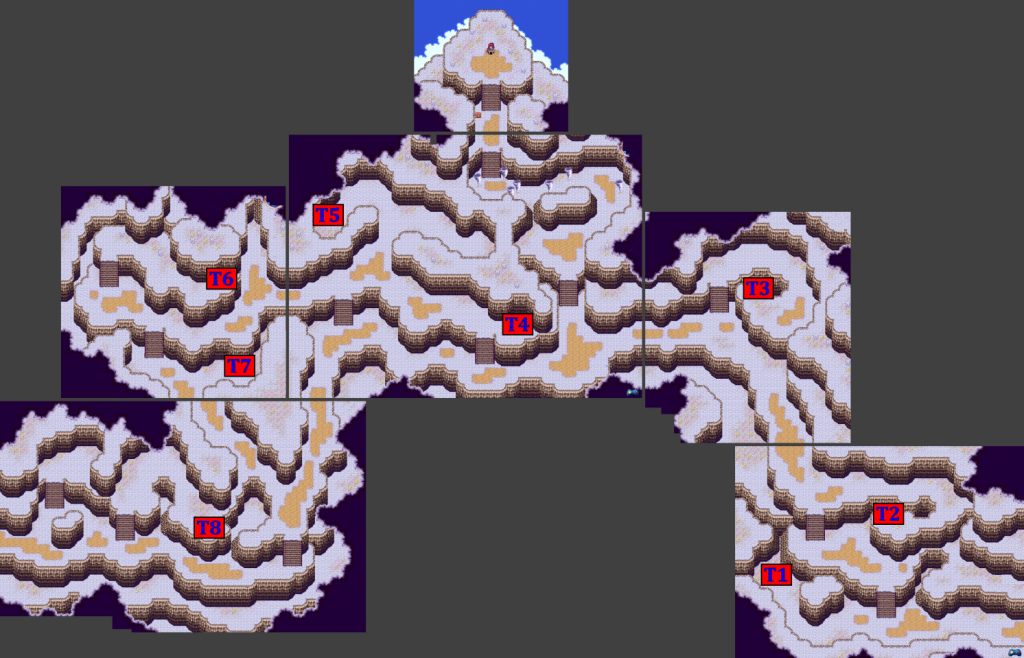 On the first screen, go west past the bridge for a Fruit of Agility. Now go north across two bridges, then east to a Wind Crest.

Now take the exit in the north to the second screen. Go north across the bridge and follow the path around to a Finest Holy Water. Now go back down the bridge and west to the third screen.

There’s one section of this path that’s blocked by tornadoes. Don’t worry about it for now. Just go west past the first bridge, then take the next bridge to the north and get Divine Nectar. Now go northwest to get a Gigantic Jaw.

Now take the west exit to the fourth screen. Go all the way to the west, then north across the bridge, then east to a Talisman of Calm. Now go south across two bridges, then east for 3700G.

Now go south to the final screen. Take the first bridge to the south, then go west to the second bridge, and go north and follow it around to a Pure White Ring. Now go back down the bridge, and exit this screen to the west.