The Grotto of Magic Stones

Put Will in your party here for a Reputation Event.

You don’t have to go here to complete the story, but there's a quest and a reputation event, along with a few treasures that’ll come in handy early in the game.

If you haven’t already unlocked Quest 01, go talk to the Boy whose life you saved earlier in the game. He’s in the home in the northwest corner of Rodwaal.

After you’ve unlocked Quest 01, and Will is in your party, go to the Grotto of Magic Stones. It’s in a small cave just west of Rodwaal.

Enter the cave, and you’ll increase your reputation with Will. Walk north a bit and you will automatically be guided to a Magic Stone set in the wall; this is the stone you want to take to the Boy for Quest 01. 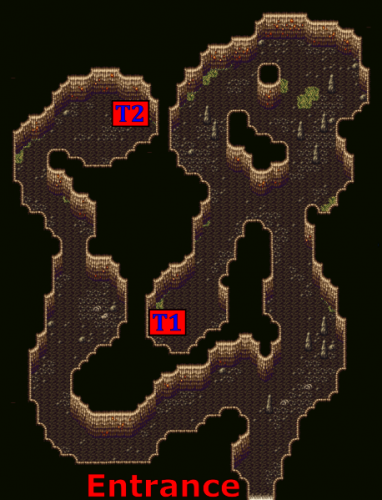 There are two screens in this cave, and two treasures. From screen one, take the northeast exit to screen two, and follow it around to a southwest exit back to screen one. The treasure chest here has Chain Mail.

The northwest exit from screen one leads to Scorching Red Stone (on screen two.) That’s it for this cave, so go back to Rodwaal and claim your reward!