The Path to Fura

When you’re ready, travel southwest from Rodwaal until you come to a town icon in the middle of a forest. This is the Path to Fura.

Tip: Put Matt in the first row of your formation. This way he’ll take the brunt of enemy attacks (and most of them won’t even hurt him.) 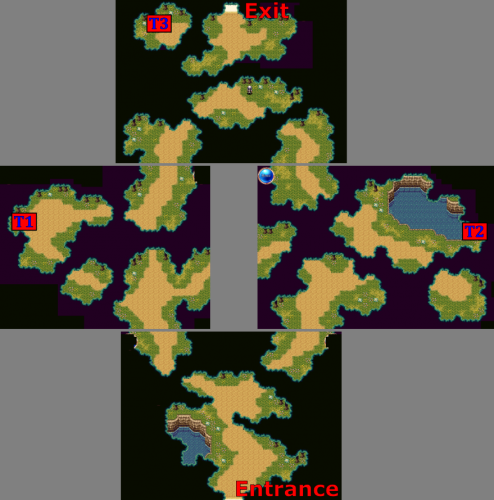 The “path” is made up of four separate screens - the south entrance, a screen to the west, another to the east, and a north exit.

Also on the north exit screen, you’ll see a guard standing off to the side of the path. If you talk to him he asks you to accompany him back to Rodwaal.

You can’t actually accept this quest as long as Matt’s in your party, so leave the guard for now, but be sure to talk to him on your way back to Rodwaal.

You’ll want to stay in the Path until you’re around level 5 or 6, which shouldn’t take too long.

Before you leave the north exit screen, be sure to heal your Hero and Stacia, and save your game.