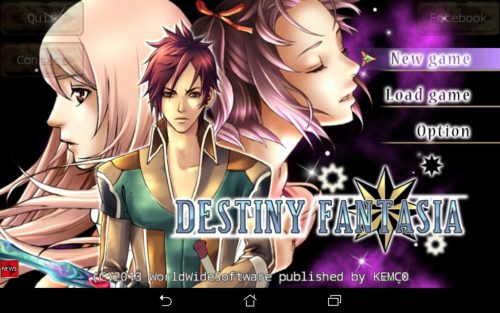 There is 1 review for 'Destiny Fantasia'.

The RPG of a man who lost the one which he cared about due to a mere test, but will learn to hold up that sense of revenge for a greater deal, an empire that is beign fooled and don’t even know, as soon as more people join the party, the events will reveal the true origins of the threat that runs over the entire world, will you be able to stop it before all is doomed?