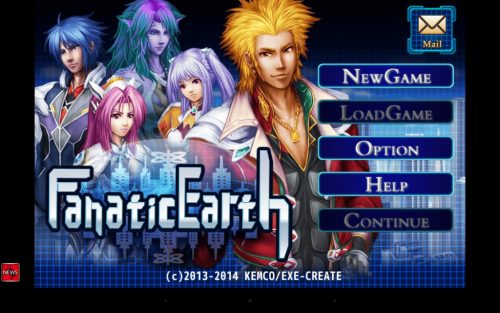 There is 1 review for 'Fanatic Earth'.

An RPG from Kemco and Exe-Create, It counts a story of a man who lost his memory and events that will help him recover and maybe learn something more, the futuristic world is aware of a organization called Cyphatek which holds great power over all other districts, the era of androids is on and we will learn to expect even the unexpected.
In battle system it looks very close to Infinite Dunamis, some skills are learned at Arena (First Time beating) and others talking to monitor guy (park) after meeting conditions in any Left/Right computers, and mostly by Level.
At Lv 65 Katiya and Neelam learns Leveler and Cleaner which will save you from wanting a EXP / CP Core at arena merge, just a hint.
I just disliked that you can’t carry progress into new game after clearing the game, but i will sure replay it.