Take the southern exit to get more treasure, then go back to the second screen and take the exit in the northeast, and follow this screen around to a Boss Battle. 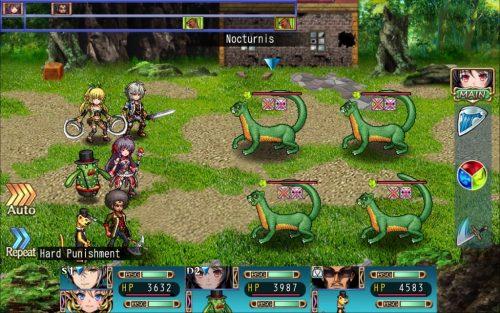 Use your Brave Strikes if you've got 'em (but be sure to use Alex's Super Boost first, so Lita and Kodan's Brave Strikes will be stronger).

If you're playing on Easy difficulty, that'll probably annihilate all 4 Nocturnis, but otherwise just use unisons and physical attacks.

After this battle, the Goddess is able to clear the way to the Overlord's castle, and everyone makes their plans on how to best  support Alex's team going forward.

Once the dialogue ends, get the treasure at the back of this screen, then when you're ready, go to the Overlord's Castle.