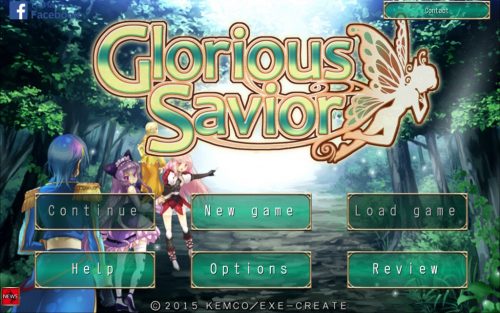 This seems to be developed in the same engine that Revenant Dogma and uses much of the same assets from that game and recolors some elements of them and sometimes we get new assets such as the background for the final boss battles. It’s fair to say that this game is easily the weaker of the two.

Let’s start with the story. The story is interesting, but the pacing could have been done better. Cutscenes get derailed for a quick joke that are not even funny sometimes and hence feels like a drag when I am just trying to progress. The plot has a heavy focus on time travel, and while it was a welcome change. It felt like a cheap way to double the game time. Not to mention that it served as an excuse to leave much of the map in the present and past empty, which is a downfall. With that being said, the sub quests are heavily simplified (“battle this enemy to give me this”, “go to this place and find this”) and don’t help add much but they are a nice change and some sub-quest characters do have some personality I enjoyed.

The characters themselves are mostly standard for Kemco games for a few years ago. However due to the poor execution of the story, character progression felt non existent. The only time I even felt emotion was during Rufus’ passing and also Shungetz’ passing because you are not able to speak to them again. To me, the explicit and more adult-nature of the characters felt out of place but I got used to it.

Where it all really falls apart is the actual gameplay. The 4 weapon system was a welcome change and I enjoyed the customisation possibilities late game but that means level ups mean nothing more than increased stats which can already be done by enchanting the weapons with Spirits. The shop prices ramp up too fast and near the end of the game, XP given by enemies is so little that you’re better off just grinding in the Fairy Halls.
I also dislike the two character only battles as it felt disorienting to see Viola levelled below April for example and make grinding a tad bit longer. The Dark Lord boss also does this but that makes a lot more sense.

Speaking of the Fairy Halls, they are helpful to grind gold and XP. The level recommendations seem a little absurd as I managed to get by with far less. I would be fine being 5 levels below recommendation as you get more value for your characters. However even the pacing there was bad, I grinded 30 levels in the Hall of Pleasure (Hard) but STILL had to spend 200 GSP just to beat the boss. Overall, the end game is uneventful and a couple boss battles can be done. I appreciate the Alphadia Genesis and Revenant Dogma character battles. I dislike the feature of not being able to go back to the Fairy Garden when you find a point to progress to the next Distortion floor. You could do that in Dogma’s equivalent so it makes no sense.

The premium shop is very useless as everything is overpriced. The premium armor is optional and you’re better off with the one you already have by the end. Fairy Eggs quickly become useless other than just being sold so you’re better off just using 100 GSP to get weapons. Otherwise, the Premium version is only good for having no ads. It is even worse because of the lack of a PC port on Steam. The only way to play this is on phone (idk about console ports). The reason why PC port would have helped this is that you get 10 GSP per 3 battles.

Overall, the story is interestingly different but executed poorly. The characters are standard but some of the supporting NPCs have very good characterization. The gameplay is decent, however it was very grind intensive even on Easy mode. The end-game and side content is a bit lacking. Lastly, the Premium content is lacking HEAVILY. Would not spend money on Premium version, trust me.