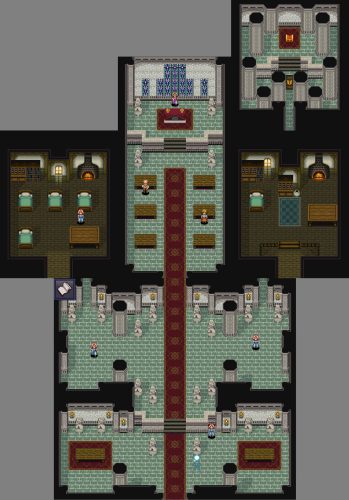 You will overhear a conversation between 3 Maidens from the shrine and soldiers from the empire.

When you gain control activate the Porter.

Then talk to one of the soldiers and oppose them to start a battle. (Note: if Milka has learned Steal already, you can try to steal 3x Restorative Potion from the Soldiers.)

Leave the shrine after the battle, and go across the bridge to the west and then head north into the Forest of Confusion.

Note: You can't get the treasure here yet; a door blocks the way and the key to that door is collected a bit further into the game.