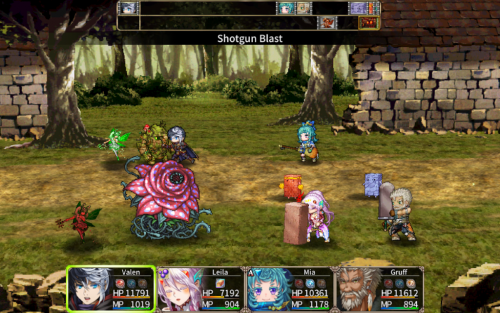 There are 2 reviews for 'Miden Tower'.

Innocent Revenger - A great mid-dark story of Conflict and Revenge -

Miden Tower/Innocent Revenger is one of the unique and interesting story made by EXE-CREATE.
A EXE-CREATE version of Magitec one of the great story with Conflict and Revenge, Steel Illusion: Chrome Wolf.

The story is about a Mage avenging his loss loved ones during an attack in their floor by the Empire.
His lust of blood cause him to recognized as fearsome Revenger that a soldier should be feared off. Until he met a Wall Magika name Leila that will change him forever.
What make Miden Tower interesting is that how the flow of story works. A dark-fantasy Anime like.
One of the good thing i like about Miden Tower is the concept of how despair and hatred affect a person like Valen, a person succumbed by anger for being a powerless person and how it’s affect a person personality and judgements and the way he treated life.

If you like Anime like Re: Zero, Shield Hero and some isekai anime with a dark-fantasy concept. This is one of my best recommendation for you.

The game was kinda boring and the skills were not so good.