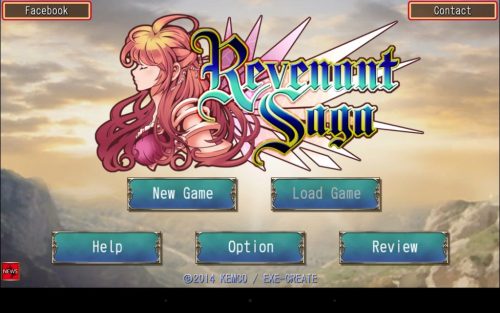 There are 3 reviews for 'Revenant Saga'.

This review is for the Playstation 4 version of Revenant Saga. Purchasing the PS4 version entitles the buyer to the PS3 and Vita versions as well.

The PS3/PS4/Vita version does not have any in-game purchases. There is a “point shop” instead, where the player can spend points (earned by fighting regular battles) to buy potentially game-breaking items. I chose not to use this shop at all, and never found a need for it to finish the game. Some shop items could be useful for earning specific trophies.

Revenant Saga has three difficulty levels: Easy, Normal, and Hard. The difficulty can be changed anytime out of combat. Difficulty selection affects the rewards of battle, but does not affect the story in any way.

I played Revenant Saga entirely on Normal. On Normal, most enemies and bosses weren’t a significant threat, although random encounters with “giant” enemies threatened to utterly eradicate the party several times. Fortunately, fleeing from regular battles (even battles with giant enemies) has a 100% success rate, a very welcome feature that greatly relieved the toll of Revenant Saga’s longer dungeon crawls.

Revenant Saga’s story is quite dark, set in a world overrun with plague, monsters, and nearly-unkillable revenants – demons possessing into the living or dead bodies of humans. While some humans have been granted a divine power enabling them to kill revenants, humanity as a whole is under siege and on the brink of extinction.

The main hero of the story becomes a half-revenant very early on – possessed by a demon, but able to wield its power and slay the revenants that ordinary humans are helpless against. He eventually joins forces with other revenant-hunters who might be duty-bound to turn on him, if they knew his secret.

The story is heavily laden with anime and JRPG tropes; connoisseurs of either media will likely predict the vast majority of plot twists before they unfold (they range from “shockingly obvious” to “probably should have known that”). What makes the story effective is the tension between the four playable characters, and the above-average English localization. The party members each have their own secrets, conflicts, and cross-purpose motivations – their limitations make them feel more real, and human.

Revenant Saga’s turn-based battle system will appear quite familiar to players of the Grandia series. There are combat moves that will delay an enemy’s turn, just as in Grandia. The unique feature of Revenant Saga is that each character can transform into a more powerful avatar. Transforming does not take up a turn, powers up stats, and grants access to more powerful skills. But transformed characters cannot be healed, and if a transformed character’s HP reaches 0, then they cannot be revived for the rest of the fight.

Furthermore, the character’s “synchro” gauge gradually rises while the character is transformed. The higher the gauge, the more powerful the transformed character – but at high synchro percentages, a character may become uncontrollable! Characters can untransform without sacrificing their turn if they need to heal, and the synchro gauge can be reduced by guarding or using consumables.

In addition to the strategy options and trade-offs of the transformation system, Revenant Saga offers a fair variety of accessories. Weapons can be customized with different effects, or strengthened to do more damage. A bonus of the weapon system is that in-game gold is NEVER useless; excess gold can always be spent on more materials to further strengthen weapons.

The result is a surprisingly deep battle system with moderate customization, and gamers in search of a challenge can test the system to its limit in monster arenas. Furthermore, the 3D battle graphics are quite pleasant – the heroes look very good, and the spell effects are intimidating, even if the monsters are a little on the “blocky polygon” side. The music is also extremely catchy, especially the normal battle song and the striking music of the final and postgame dungeons.

Revenant Saga’s biggest weakness may be its sidequests. Most of them are very silly and feel out-of-place amid a revenant apocalypse. Only the hero interacts with all quest givers. The sidequests themselves are usually dull and not necessarily worth the reward.

Overall, Revenant Saga is a good value for $15 (its base PS4 price, and it can sometimes be purchased for less on sale). It’s a full-length game, taking roughly 30-40 hours to finish, especially if one plays through its postgame story or attempts to earn all the trophies.

I highly recommend Revenant Saga, for the total package of its strengths – story, gameplay, battle graphics, music, and optional challenges. I’m giving it maximum stars in all categories because its emotional engagement, its well-crafted battle system, and its sheer fun factor dramatically outweighed its weakness.

This was quite a fun rpg for me. It’s the 1st modern Kemco RPG I’ve played and was thoroughly pleased.

I found the story to be good enough with some charm and a bit of good humor as well. The combat changes to 3D gtaphics which is kinda cool however it doesn’t quite go with the 2D top down somewhat lackluster design.

The high points are the combat system, endgame, and overall content. I look forward to playing more Kemco RPG’s and love this site!

An updated twist on a classic feel.

This is my second review on this site (first was Alvastia Chronicles). I will mention the pros and cons, as well as what I got out of the game. I would like to point out that Revenant Saga was the third Kemco game I’ve played.

Enjoy a wonderful adventure-filled world with tons of collectibles, challenges and immersive game play. Revenant Saga, much like many other Kemco titles, has a lot to do in-game and post game. You will discover lots of treasure chests and rare enemies while battling your way through a beautifully constructed land. The in-battle graphics were mind blowing as I was not expecting that feature at all. The maid system is high functioning and gives you many goals with great rewards.

While in battle, you will have the option to use the “Transform” feature to utilize specific abilities that are restricted otherwise, and the “Burst” feature that kicks in once in a while between commands to punish your foes as it also makes for high combo counts and damage. The skill setup is pretty good and gives each character a decent variety of commands- assisting your rise to victory. I found that although the game would lag and/or freeze here and there, accepting the issue was worth it as the game throws you all kinds of ways to keep you interested.

Often, you will come across many challenges and really tough enemies that punish you will a salvo of powerful abilities. I highly recommend you do some early game level grinding with the assistance of the “Shop” menu.

Revenant Saga is considered a mildly-lengthy game to many of the later generation of gamers. If you wish to collect everything, expect to spend a little over 40 hours to gain 100% completion.

The game’s exploration can be fun yet tedious at times, having to travel back and forth during Side Quests and Story Quests- which is just what you expect out of an RPG. The dungeons can keep you guessing since many of them have a ton of different paths to search.

Overall, I would say that Revenant Saga is a very good game, and I highly recommend it for sure! Be sure to purchase the add-on content for more relaxed game play.

If you’re looking for a challenge, then Revenant Saga is for you!

I would like to thank Kemco for all they have done to bring us the vast collection of amazing RPGs.