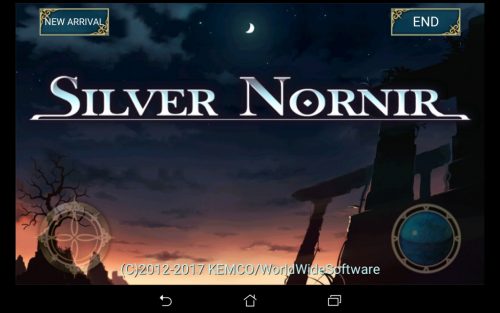 So maybe my review is a bit too much of “I love this game”.

======== First Impression
I didn’t liked very much the description on Google Play, but I absolutely LOVED the blog post by 1oldtymer. You must check it out, it’s far better than my humble review.

======== Comments After Playing
Well, I love this game. Even music and the paid items (they’re useful and can be obtained with a special, intelligent grinding for IAP currency. Oh, you don’t need them by the way. Even the third magic crystal slot is free, and I’ll explain it now).
Magic Crystals which allow you to freely distribute magic is cool, and there are various kinds of Magic Crystals. They not only grant magic, but they also affect the status – like a weird class system. But you don’t need to rely on magic, there’s skills and special attacks too. Well, there are even combos.

It’s not a difficult game. It’s rather fun.
The team is always a mess until the end-game. Even having the hero for the whole game is NOT warranted, but unlike various games, this is done properly. This is done in an actually *fun* way – I usually hate games which does this kind of stuff, but this one deserves the exception.
Oh, and don’t worry with 10 players when only 5 can battle: everyone gets experience.
The alias system is there too. A pity the alias which actually change something only come in much later…

There’s the guides, and it is a bit too verbose on story, but it’s ok because story is a strong point.
This is also like an improvement of Fortuna Magus. The battle system is very similar, and there are the fight ratings, if you exploit enemies weakness, causes criticals and uses some features.

To don’t get behind on art, during dialogs, the characters eyes blink. Just a minor detail, but it gives the feeling of the world in motion, which is important on this game. You can even rename chars, and battles are voiced – It’s a polished WWS game.

======== Rating Summary
This is an amazing game, so lets start at 5.0 and see where the game sins which is not a matter of personal taste.
1- Uhm, it’s not particularly difficult, and there’s not a difficulty setting.
Of course, you can make it harder by eg. not using special skills, not farming SNP…
2- It has a… tad too many options. You have MP and TP, because there is an absurd amount of skills. Six elements. Six stats. Ten party members (at total, you usually play with less). You can get easily lost, but not bored or out of tactical options. (It’s like they wanted to put everything they had thought for years on a single game)
3- A bit too many menus to save the game. (It’s not really hard though)

All these are not major flaws, and costs the game a star from gameplay (because they make playing the game a bit harder)
Oh, about the controls, I love the d-pad. It have a touch movement option but I never used it.