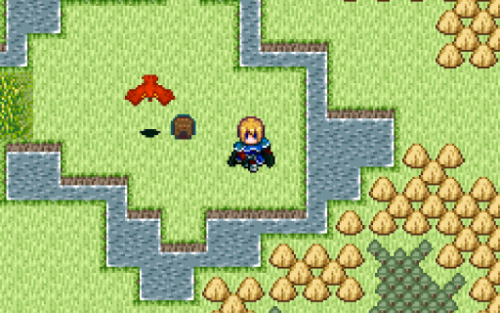 There are 3 reviews for 'Tenmilli RPG'.

Get'em All - The Guide to satisfaction.

There’s no doubt that there are so many mobile games to choose from. They may have awesome 3d graphics and a whole lot of stories to tell, however sometimes everyone wants to take a break from such games.

Thinking about battles is quite simple. You can have up to 5 members of the team and you face off against numerous enemies, ranging from Slimes and Penguins to Knights and Birds. And if we mention birds, we’ve got a good variety of Bosses too! Each boss is unique in its own way and most of them can be challenged infinitely, making them stronger (however there’s a cap on how strong they can be.. But to get to that point you’ll actually have to see everything the game has to offer).

Items and the Get’em all. The game is really awesome and you’ll want to see all of the items and equipment in the world. This leads us to one of the most unique ways to hide equipment. There are many hidden Boss equipment which require the person to beat the bosses. But fighting them is enjoyable.

Moving around the World. The most basic and most important thing in any game. You’ve got to get used to either press the buttons (slow version of moving) or clicking on the area (fast but often you will have to click close to the character). Why do I mention it? Because the farther you are in the story, the areas become slightly longer (but they’re filled with chests).

Last but not least, the Story. Do not underestimate the game just because its story is confusing. The game is awesome and gives you the hints while telling “Go there but no one will guide you through the area” which actually turns out to be nice for any person who likes the older games like Dragon Warrior (if DW had all of that stuff it would be awesome).

There’s no need to read this long review to the end. Simply go and play it!

Tenmilli, as has already been stated, is an odd title for a game. However, if you need to scratch that RPG itch between kemco titles or have nothing else to do, it is an easy game to get into and learn. Just do not expect anything complex. The battle system is a Dragon warrior style affair. You even have jobs you can change for each of the (eventual) 10 characters and some of the job progressions are unique to just one character. I played this on the normal difficulty so more grinding is required than easy and some of the post game bosses can be downright nasty. You need to utilize different techniqes like putting bosses to sleep, debuffs and buffs. Also, it is not always clear where to go next and if you find yourself stuck in a late game puzzle (silver ruins) there is no English FAQ to help you out.

Great game with a strange title

Don’t let the title of the game prevent you from downloading this awesome free JRPG!

This is a short game with lots of post-game content. It’s super easy to figure out the controls – but unfortunately it’s not always easy to figure out where to go to keep the story moving! (There is a guide of sorts online, but it’s in Japanese… but anyway if you ever get stuck you can usually backtrack through earlier towns and find an NPC somewhere who’ll give you some kind of clue as to where to go.)

As the game progresses you can unlock various job classes, and grinding to train up a new job is pretty quick and easy.

Overall the game is really entertaining (I still haven’t explored all the post-game content yet, but from Google Play reviews it looks to be pretty satisfying as well.) Anyway it’s FREE! And short, so you’ve got nothing to lose by trying it out.